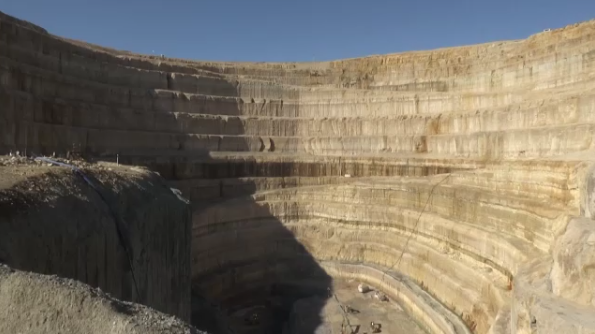 De Beers Canada pled guilty last week in the Timmins Court of Justice to one count of failing to provide mercury monitoring data relating to the operation of its Victor Diamond Mine. (File)
Sudbury -

De Beers Canada pled guilty last week in the Timmins Court of Justice to one count of failing to provide mercury monitoring data relating to the operation of its Victor Diamond Mine.

The case was a private prosecution Ecojustice launched in partnership with former prosecutor David Wright, based on evidence collected by Wildlands League.

"This evidence indicated that De Beers had continuously failed to report mercury and methylmercury levels in water systems around the Victor Mine over a period of seven years, despite being required by law to do so," Ecojustice said in a news release.

In a statement Tuesday, De Beers said mercury was never used during operations at the mine and is naturally occurring throughout the James Bay lowlands. The mine ceased operations in 2018.

"De Beers monitors for mercury and methyl mercury in the surrounding environment and will continue to do so as required by permits and approvals," the statement said.

"All sampling results for mercury have complied with the mine’s certificate of approval, and all annual mercury monitoring reports for Victor mine are publicly available on De Beers Canada’s website."

As per the terms of the resolution, Ecojustice said De Beers agreed to publicize all past and future annual mercury monitoring reports on its website.

"The case sets a precedent for mining activities in the province, including the so-called Ring of Fire area in northern Ontario, and how mining pollution is to be reported and regulated," the release said.

“This private prosecution was necessary because Ontario’s reliance on self-reporting by mining companies does not work," Zachary Biech, lawyer for Ecojustice, said in the release.

“The precedent set by this case will help improve regulatory oversight of future mine projects and should make polluters think twice in the event they are tempted to sidestep their reporting duties.”

But De Beers said at no time did mercury levels exceed guidelines. While pleading guilty to not reporting the results, the samples were taken and were within legal limits.

Mercury levels were within limits

"All sampling results taken at the G2 station were well within Canadian and Provincial Water Quality Guidelines for the Protection of Aquatic Life and complied with the mine’s Certificate of Approval," the company said.

But Hesselink said the public was deprived of required monitoring of a known neurotoxin in the water systems.

“If Ontario’s current system cannot be trusted for a single mine, what liabilities loom ahead for the far more ambitious mining plans in this sensitive ecosystem?" he said in the release.

“While transparency and regulatory oversight are clearly needed more than ever, they are sadly backseat to the current red-tape reduction priorities of this government.”

But De Beers said it pleaded guilty to one count of failing to report annual mercury monitoring results for the G2 station at Victor mine in 2014 as required under the mine’s certificate of approval.

"De Beers was not charged with failing to take samples, monitoring or for polluting the environment," the statement said.

"While including in the report data from that station, which is located between two other stations -- the sampling from which were reported, would not have changed the outcome of the monitoring analysis, De Beers acknowledges that this information should nonetheless have been reported in line with the condition."

This story has been updated to reflect that the Nature Conservancy of Canada.has not been awarded a  monetary dontation.

Help will arrive at the children's hospital in Ottawa next week as it continues to see "unprecedented volumes" of young patients suffering from respiratory viruses. A team of staff from the Red Cross will begin working at the hospital in the next week.

The federal government is looking at potentially helping to secure the release of 19 Canadian women and children being held in northeastern Syria, a recently filed court document says.