NORTH BAY -- A painting that sold for $5 in a small community in northern Ontario last year turned out to be the work of artist David Bowie, and could now sell for more than $38,000.

One person shopping at the community's Macher Mall, about 45 minutes south of North Bay, Ont., in summer 2020 got very lucky and purchased  the Bowie painting without knowing what they had.

“One man's junk is another man's treasure,” said the Macher Mayor Lynda Carleton.

The Macher Mall is attached to the town's landfill, and Carleton said people often drop off items they don’t want at the mall instead of taking them to the landfill.

“People drop things that maybe other people could use, rather than filling our landfill," she said. "It’s sort of a free drop-off and a free pickup. It’s everything -- it’s furniture, it’s clothing, lamps, artwork -- you name it."

The person who bought the painting (who has decided to remain anonymous) contacted Cowley Abbott Fine Art, an art auctioneer in Toronto, last November to find out more information.

“The details that she did send, including images, certainly looked promising,” said Rob Cowley, president of Cowley Abbott Fine Art.

They then contacted a UK-based art expert who is an expert in David Bowie’s signature, and has familiarity with his artwork, as well.

"Pretty soon after, he felt pretty confident that it absolutely was a painting by David Bowie,” Cowley said. 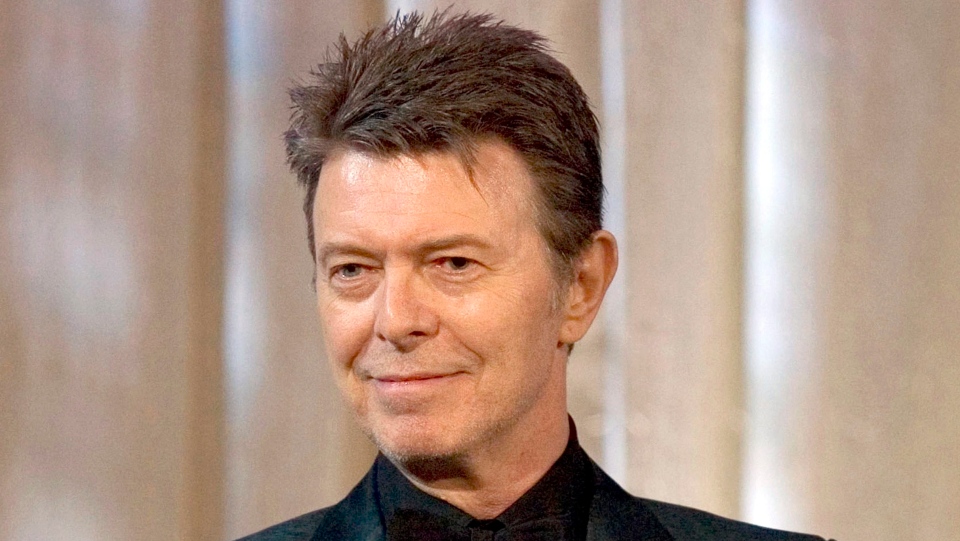 Bowie, who died of cancer in 2016 at age 69, got serious about painting in the mid-1970s when he moved to Berlin. The painting is part of a series of 47 pieces of art that Bowie created between 1995 and 1997. He titled the series Dead Heads, according to Cowley Abbott. The painting found at the Macher Mall is called 'D Head XLVI'

Although Cowley isn’t entirely sure what the painting is of, he said it’s the only Bowie painting to ever be auctioned off in Canada.

“Typically they are offered in the UK, which is of course where he lived," he said. "So we don’t see them very often at all. This will be the first one in Canada. A lot of these portraits probably ended up in the hands of the people he painted, and many times people hang on to such objects."

The Macher Mall remains closed due to COVID-19, but when it does reopen, Carleton is encouraging people to get in line, because she said you never know what you might find.

“Who knows? There could be another David Bowie here.”

This story has been updated to correct Rob Cowley's name.