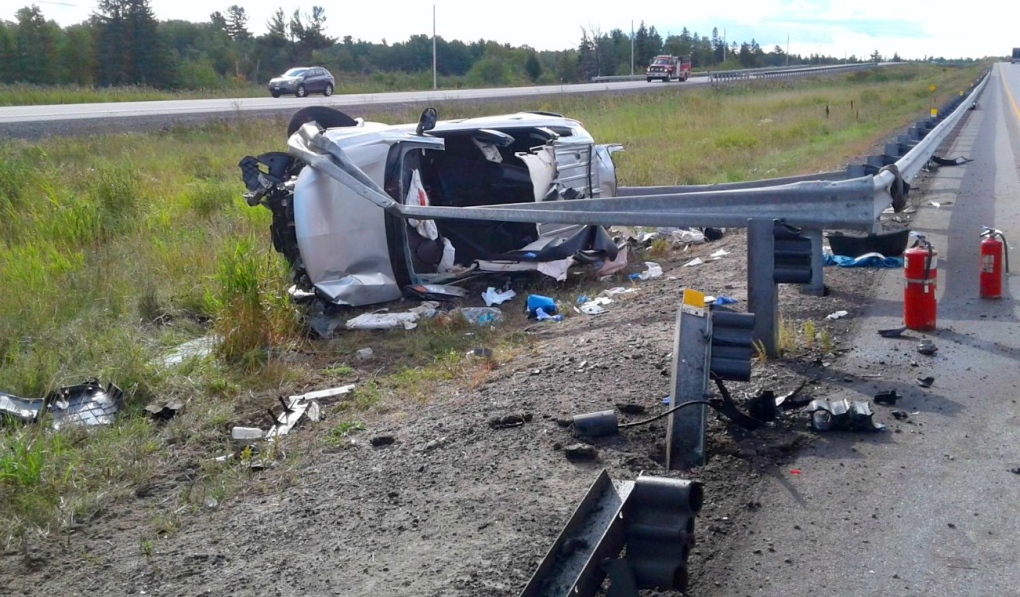 Work is about to begin removing guardrails along a new section of Highway 69, south of Sudbury, deemed dangerous by the local MPP. It comes after a horrific crash earlier this year in which a woman's foot was amputated after the guardrail sliced through her vehicle. (Supplied)

SUDBURY -- The guardrails will soon look a little different along Highway 69 through French River.

The push comes after a horrific crash earlier this year involving a Niagara woman.

Gelinas said the equipment is dangerous and does not meet standards of the Ministry of Transportation's list of eligible products.

"The guardrail did not do what it was supposed to do," she said. "(It) actually pierced through her car and amputated her foot. When I went back to the Ministry of Transportation, they agreed to take those guardrails down and put up guardrails that meet standards."

The move is being made in similar jurisdictions across Canada and the United States. The replacement is expected to be finished by mid 2021.

“Road safety equipment continues to evolve with the advancement of new technology and to account for design changes in both our automobiles and highways. In 2017, the Federal Highway Administration (FHWA) examined and re-examined the X-LITE and its in-service performance and found that the X-LITE performed consistently with other end terminals then on U.S. roads and highways.

“Since this evaluation, new crash-testing standards approved by the American Association of State Highway and Transportation Officials and the FHWA for the next generation of road safety equipment, including guardrail end terminals, have gone into effect and states across the U.S. have effectively been required to transition to the new requirements. As expected, certain provinces in Canada have followed suit.”