The cruise industry is experiencing a banner year after one of the busiest seasons, it's ever had in the Great Lakes.

"This was the strongest year on record, in the last twenty years that I've been involved with cruise ships on the Great Lakes," Bruce O'Hare, president of Lakeshore Excursions, told CTV News.

"It probably grew by about 30 to 40 per cent, lots of demand, more importantly lot of new ships coming into the Great Lakes, it made a heck of a difference."

Nine cruise ships made their way past the St. Lawrence Seaway, servicing the region this year.

Ferrying passengers from all over the United States and some, from as far away as France, the idea was to create memories and showcase a feature that many might take for granted. 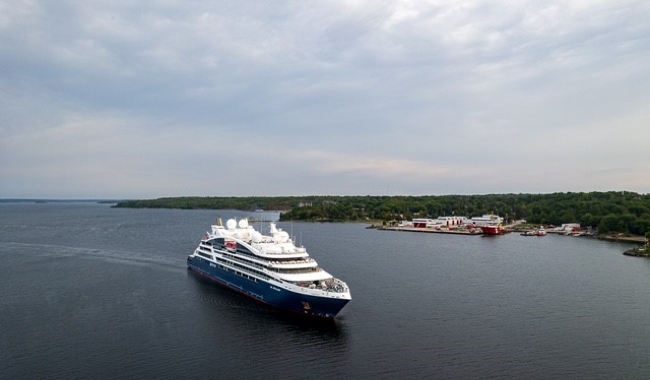 The Le Bellot arriving in Parry Sound on Sept. 29/22. (Photo credit: Thom Morrissey)"Great Lakes cruising is very different, first the ships are smaller, they have to fit through the Welland Canal," said O'Hare.

"These ships are typically 200 to 400 passengers, they don't have any casinos, they're very limited in terms of shopping. The destination is really the draw."

Ports of call in the region, Parry Sound, Little Current and Sault Ste. Marie also reported an uptick in visits from these tourists. This year, Killarney saw its first passenger ship stop in more than 80 years with the Viking Octantis. Tourism officials say getting Viking on board was a big win for the industry. 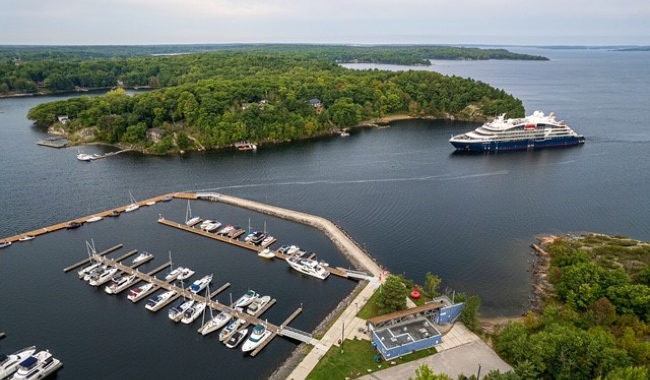 The Le Bellot preparing to make port in Parry Sound on Sept. 29/22. (Photo credit: Thom Morrissey)Cruise ships returned to Little Current in 1997, it's long been seen as the gateway to Manitoulin Island. Marine traffic has become a staple of its economy.

"Cruise opens up a whole new opportunity to bring new people into the region, we sometimes refer to them as floating bank vaults, they show up and they leave nothing behind but money and they take away memories so it's a pretty big deal for the local economy," said O'Hare.

"For overseas visitors it (Great Lakes cruising) has an incredible appeal, we have five inland oceans, they're so large they're equivalent to oceans, we have renaissance cities, we have marvellous, wilderness, nature-based environments," said Stephen Burnett, of the Great Lakes Cruise Association.

Burnett says he's been talking with five other cruise lines about starting operations in the region. Three more ships are expected next summer. He figures the number of boats sailing through the region could grow from nine to 18 in the coming years.

"It is a more intimate cruise experience, it's been called boutique cruising if you like and it's the type of cruising where the guests get to know each other and more importantly, they get to know the crew," he said.

Visitors to Manitoulin Island are treated to an Indigenous experience, once arriving, thanks to a partnership with Wikwemikong Tourism.

Craig Fox is one of the guides they meet on the island.

Once a ship arrived in Little Current, passengers are shuttled to other sites on the island, in Wiikwemkoong or at the Ojibwe Cultural Foundation in M'Chigeeng.

Fox expects the addition of more cruise ships will only be a benefit to the island economy in the years to come.

"One of the things I always talk about is how things are passed down from generation to generation," Fox explained.

"The importance of our oral culture and things being taught face-to-face. We give them a tour of the museum, there's a healing lodge as well where we give them a talk about our traditional medicines."

"Most of the ships have wonderful lectures on board, guest lectures from the Great Lakes and the experience is a far more in-depth, perhaps even a cerebral experience," Burnett told CTV News.

"I think guests coming off a Great Lakes cruise return home with an amazing sense of accomplishment, they've learned a great deal about the area," he added.

Castleguard Cave is located about 170 kilometres north of the Cave and Basin Historic Site.

A 33-year-old Toronto man has been sentenced to eight and a half years in prison after pleading guilty to two violent sexual assaults almost a decade ago.