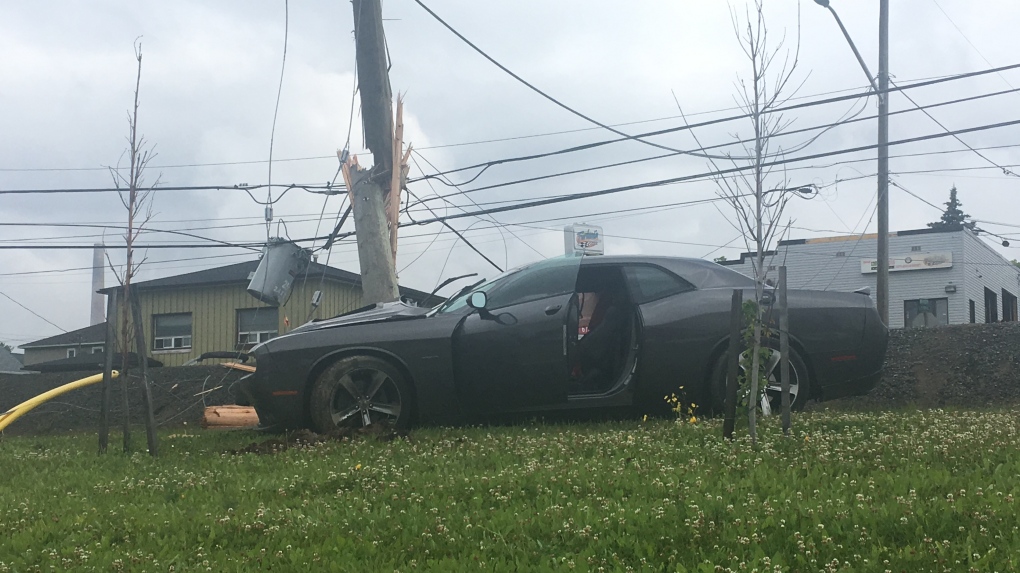 A car crash in Sudbury's Gatchell neighbourhood Thursday morning has damaged a power pole on Lorne Street near Morrison Avenue. 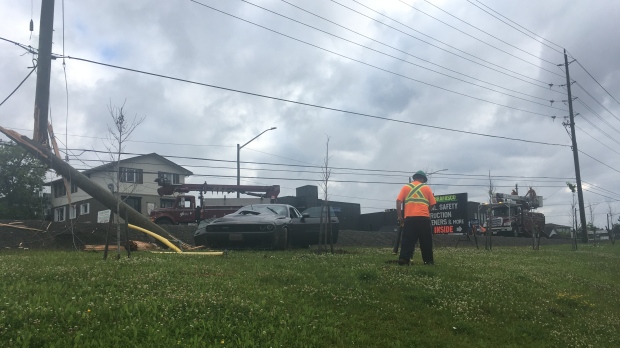 Sudbury police say two people in the car that crashed received minor injuries and are directing traffic near 1010 Lorne while cleanup and repairs are completed.  People are asked to avoid the area.

Greater Sudbury Hydro has rerouted electricity to some of those affected, however approximately 60 customers on Morrison Avenue still remain without power. Power is expected to be fully restored by 6 pm Thursday evening.

Marc Carroll lives at the Independence Centre and Network residence on Haig Street and says his building is affected by the outage.

The damaged pole is loaded with 44KV, 12KV, and 4KV lines, as well as a transformer.  It must be replaced, which will take some time. Crews are actively working on this, but there is no estimated time of restoration for now. 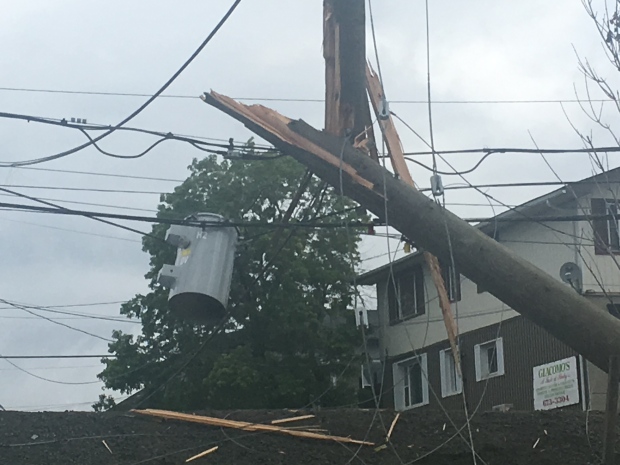 Lorne St will be closed in both directions while @SudburyHydro is on scene repairing a broken hydro pole/down wire after single vehicle collision near Morrison (Maslack/Part Source). Barricades have been set up to reroute traffic. Expect delays for a few hours.