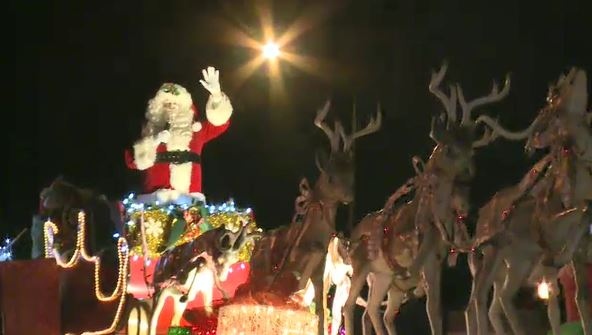 SUDBURY -- Timmins joined the list Friday of northern communities forced to cancel its Santa Claus parade because of COVID-19.

However, the chamber of commerce in Timmins, along with the Downtown Timmins BIA, said it will broadcast a virtual event Dec. 5 featuring Jolly St. Nick.

"Even Santa has to listen to the guidelines of our public health officials," chamber president Melanie Verreault said in a news release. "To make sure he's healthy, we've decided to broadcast him live on television, freeing up some time in his busy schedule.

The Timmins announcement comes a day after officials in Greater Sudbury announced it was cancelling that community's parade.

And in a statement issued Sept. 10, North Bay announced it was cancelling Halloween and Christmas events because of COVID-19. The annual Halloween Night for Kids and the Santa Claus parade won't be held this year.

“We’re disappointed that these two popular community events can’t be held this year, but it is important that we do everything we can to prevent the spread of COVID-19 and help keep North Bay residents safe and healthy," said Mayor Al McDonald.

North Bay City staff are consulting with other municipalities and exploring potential alternatives to the parade.

“We understand that these events are important to our community, however, during these uncertain times we need to ensure that the safety of the public is the top priority,” said Dr. Jim Chirico, Medical Officer of Health for the North Bay Parry Sound District Health Unit.