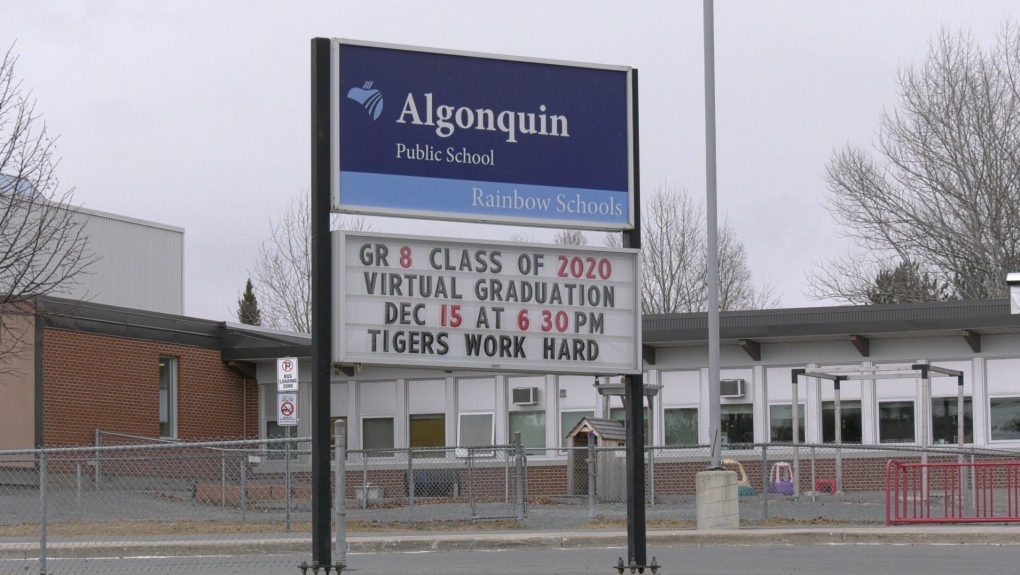 SUDBURY -- Sudbury public health officials have declared an outbreak of COVID-19 at the daycare located within the Algonquin Road Public School in the city's South End after a second confirmed case at the facility.

"The second confirmed case is among the cohort that is currently self-isolating due to the confirmed case reported earlier this week," Norm Blaseg, director of education for Rainbow District School Board, said in a letter to families on Friday.

Due to the provincial guidelines in child care settings, an outbreak is declared when two or more laboratory-confirmed COVID-19 cases with an epidemiological link within a 14 day period, where at least one case could have reasonably been acquired at the facility.

In this case, it is the second confirmed infection involving the same preschool room at the daycare.

Despite the outbreak, the daycare and school remains open as well as the before and after school programs.

"There is no evidence of widespread transmission at the daycare or the school at this time," Blaseg said. "As a precaution, enhanced cleaning and disinfecting will take place before classes begin. At this time, there has been no public health direction related to the school as a result of the second confirmed case at the daycare."