Cost of Sudbury’s Junction East project jumps to over $93M

No plans have been confirmed, but following a special council meeting Tuesday night, Sudbury’s proposed Junction East project could come with a new total price tag of $93.2 million.

The community hub, expected to be built downtown on Shaughnessy Street beside Sudbury’s Theatre Centre, was first put forward in 2016 and it has only grown since.

Initial estimates for the project, which is expected to be completed in 2024, were about $46 million for a 62,000 square-foot building according to the city website. However, Tuesday’s update saw the size increase to a 104,000 square-foot space along with a price tag that has more than doubled in cost.

"There are a number of reasons for the increased costs from the original estimate," said Ian Wood, the executive director of the City of Greater Sudbury.

"First of all, it was just an estimate that was not based on a real building, but just based on an approximation value. It was also five years ago, so there has been significant construction cost increases over the past five years and the numbers that we presented to council also include a contingency against cost increases even in the future." 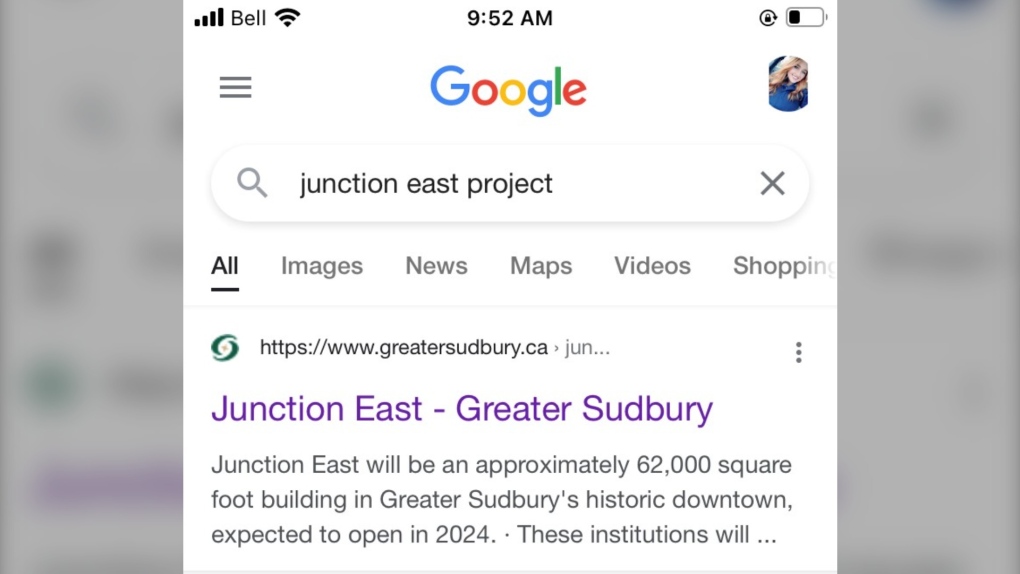 "It does not include items such as common areas, corridors, washrooms, stairwells, mechanical rooms, elevators or even the thickness of interior and exterior walls. It is related to what is called the functional program or detailed space requirements. When these items are accounted for, the Lord Report provides an estimated building size, or gross square footage, of 92,700 square feet," Novack said.

"The functional program space for the Art Gallery and Library have remained constant since 2017. The 11,000 square foot increase is related to the inclusion of the Sudbury Multicultural Folk Arts Association into the building, the space required for the inclined walkway recommendation and some additional common space in the lobby area which is best practice for this type of large and ionic facility."

When completed, Junction East will be home to the main library, the Multicultural and Folk Arts Association and the Art Gallery of Sudbury.

Those involved in the Junction East Project said it’s a way to revive the downtown core. This includes the Sudbury Theatre Centre, which isn’t inside the main building according to the latest plans but will still be a part of the community hub.

"We’re already on that site," said Patricia Meehan, the chair of the Sudbury Theatre Centre board.

"The new building is going to be our neighbor. We want to be part of this whole idea of participation and partnership and collaboration, was to look at how our organization and the partners could work together."

Meehan said the plan is to look at ways to collaborate between the new building and theatre, even if they aren’t physically joined. There was talk about a temporary structure or walkway to join the two buildings during the winter months. However, she said she would have liked to see the buildings attached permanently.

"It wouldn’t be honest to say that we weren’t disappointed, but that doesn’t mean that we don’t want to still partner and be part of this revitalization of our downtown and part of a community hub that we want to be proud of."

Tuesday's meeting presented the latest design, costs and specific details like accessibility features and operation plan. Although a few questions were voiced by councillors during the meeting, the support for the building was made evident.

"This is a remarkable and transformational project for the entire city, for all citizens and it will certainly be a project of great pride for Sudburians," said Mayor Brian Bigger. "What I heard tonight was a significant amount of support across our entire city council."

Also outlined was the current confirmed project funding of $12.3 million – around 13 per cent of the total estimated cost.

As of Tuesday evening, $800,000 has been confirmed through federal grants, $10 million in municipal funding and the Art Gallery of Sudbury has committed $1.5 million.

"We have developed a 10-year plan. We have put financing in place, anticipating significant investments in downtown and on behalf of all citizens across the entire city. We will manage the scope of the various downtown projects within the budgets that we have developed," said Bigger.

"One element that has always existed is an expectation of participant of funding from both the federal and provincial governments, and so I do believe that’s still part of our plan and so the expectation is that we will be able to move forward without significant increases in taxes. This project is absolutely affordable and it’s been planned well in advance."