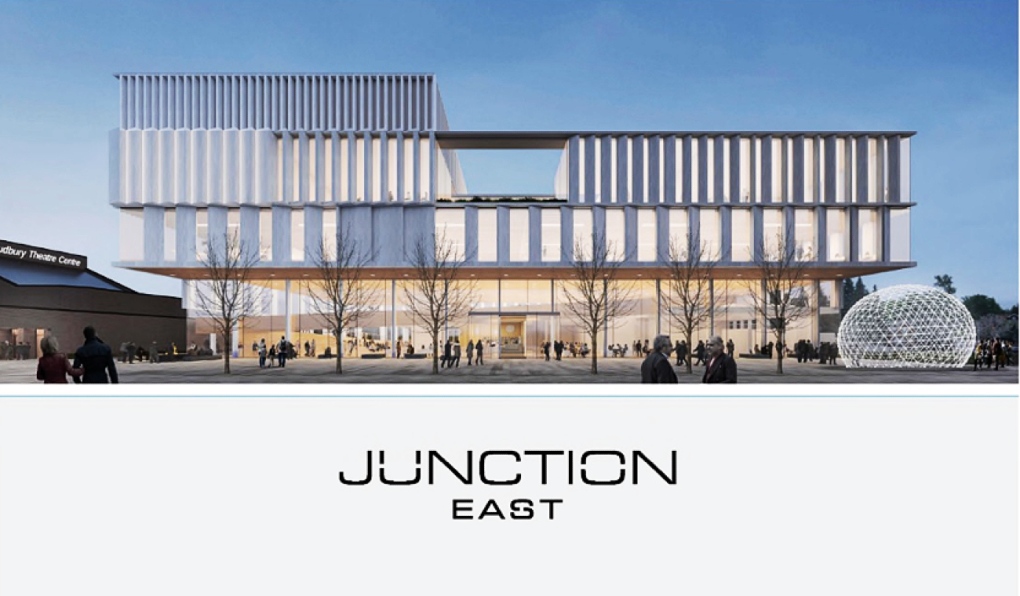 A report headed to city council in Greater Sudbury this week says the estimated cost to build Junction East -- a new art gallery and library downtown -- now sits at $98.5 million.

And the report includes a resolution to suspend plans for Junction West, which would have seen a new convention centre also built downtown.

The Junction project, along with the Kingsway Entertainment District (KED) and the Place des Arts, are all part of the so-called transformative 'big projects' councillors approved in the last several years.

Place des Arts opened this spring, while the KED is moving forward slowly after years of legal challenges.

The original estimate for Junction East was $42 million in 2017, calling for a 92,000-square-foot building to house the library and art gallery, the report said.

Since then, the plan has evolved to become more of a "cultural campus," the report said. Groups such as the multicultural centre and the Sudbury Theatre Centre will be tenants in the building, expanding the scope of the project.

And rather than building a new parking structure, the report recommends the city spend $4.1 million to buy two lots across from the Shaughnessy Street site to help make up for spots lost to the new building.

"The two empty lots on the west side of Shaughnessy which directly face the main entrance of the new building will be redeveloped into a dedicated parking lot for Junction East," the report said.

"There is opportunity to realize parking as well as a strong pedestrian connection from the Minto Street parking lot to the new Junction East facility."

Construction costs are estimated at $80.7 million, with land acquisition for parking, enhanced sustainability measures and other related costs bringing the total to $98.5 million.

The biggest source of funding -- $68 million – would be debt financing, the report said. The city hopes it can reduce that amount, since it can get up to $37.2 million from upper levels of government and $3.1 million from cultural hub partners.