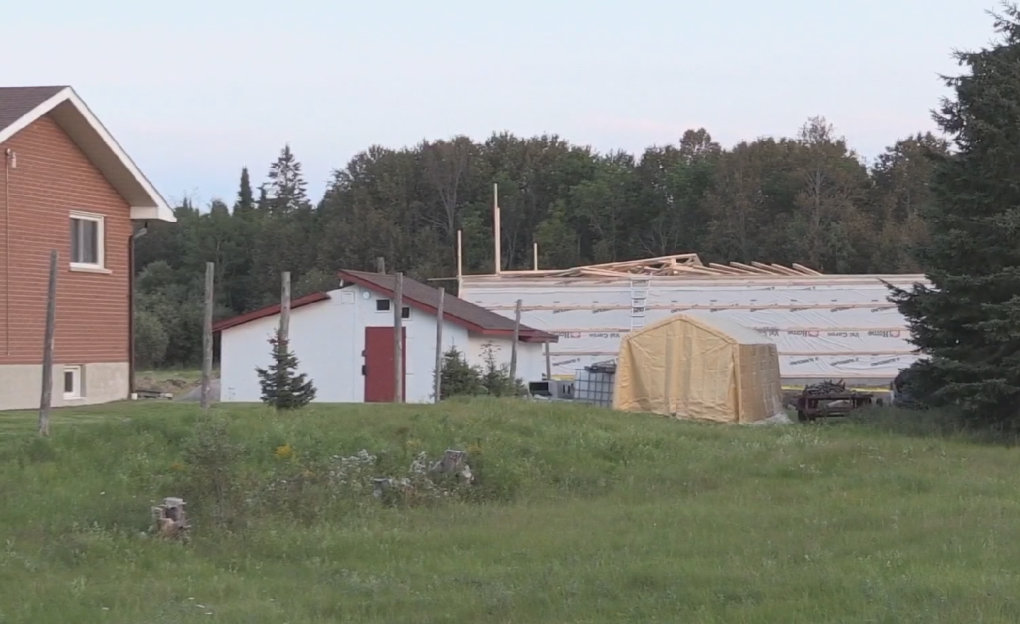 The ministry is looking into the death of a worker at a construction project on Bonin Street in Chelmsford. (ClaudeSharma/CTVNorthernOntario)

SUDBURY -- An inquest into a tragic workplace fatality that happened in the Greater Sudbury community of Chelmsford nearly four years ago will take place next month.

The regional supervising coroner, Dr. Emily Groot, announced Wednesday afternoon that a public hearing examining the death of Carl Peltier will be held Aug. 9 at the Manitoulin Hotel and Conference Centre in Little Current.

"Mr. Peltier, 53, died in hospital on August 21, 2017, as a result of injuries sustained while working at a construction site in Chelmsford. An inquest is mandatory under the Coroners Act," Groot said in a news release. "The inquest will examine the circumstances surrounding Mr. Peltier’s death. The jury may make recommendations aimed at preventing further deaths."

Seven witnesses will testify at the hearing that is expected to last two days.

Peltier was a father and grandfather from Wiikwemkoong who was working on a private residential construction project for ProSteel North when he was killed.