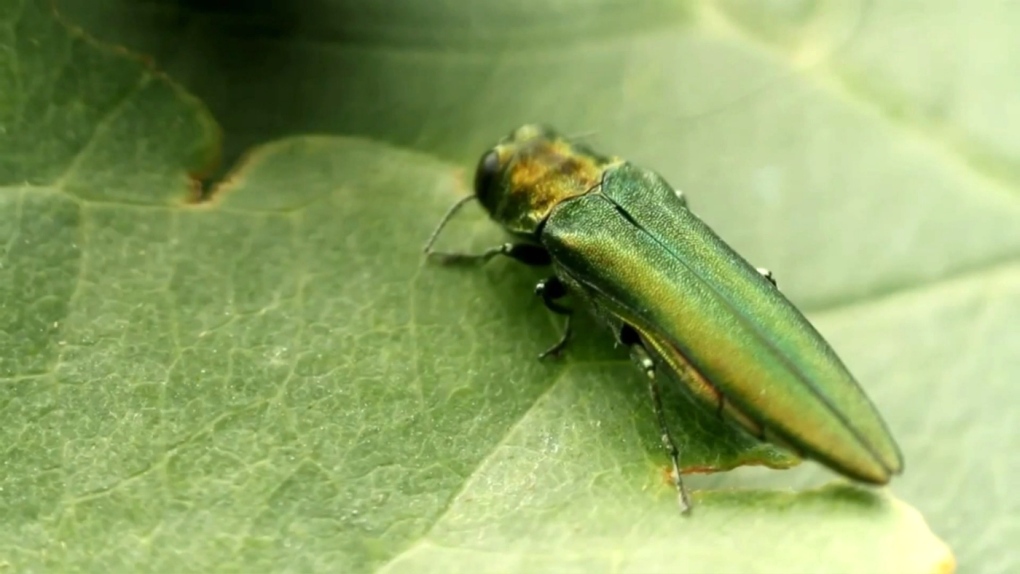 File photo of the Ember Ash Borer. A national conservation group is focusing its efforts on those staying at home during the pandemic, hoping to raise more awareness around species that could be found in your yard.

SAULT STE. MARIE -- A national conservation group is urging people to report any odd plants or species they may find in their yards.

The National Conservancy of Canada says its focus during the 2nd annual invasive species awareness week, is on people staying at home during the pandemic.

"The average person might not know what these plants or insects look like when in their backyards," said spokesperson Andrew Holland.

"We believe education is an important first step in that process, so they can eventually report it."

Holland said you can report anything you deem as odd through a new app, called iNaturalist.

The app allows users to snap a photo of a plant or species, include their location and send it to biologists for research.

"It's very user friendly and makes it fun," he said. "People can be a biologist for a day and report these discoveries and get confirmation whether they are invasive."

According to the Invasive Species Centre in Sault Ste. Marie, the highest priority of invasive species in Northern Ontario right now is the Asian Carp.

The Ember Ash Borer, Sea Lamprey and Oak Wilt are some of the other species Rang warns about.

"These can all pose a serious risk to our economy," she said. "Invasive species costs are growing -- they're estimated to be costing the Ontario economy about $3.6 billion a year."

For a full list of species that could be in your backyard, you're asked to visit the Nature Conservancy of Canada's website.