There are many amazing volunteers in the northeast, each one of them deserving recognition.

We've received so many nominations for the new Community Volunteer of the Month sponsored by Rastall Mine Supply, but this month, we’re shining the spotlight on just one.

Wally Hyytiainen of Lively, Ont. is the definition of someone who deserves recognition for his wonderful acts. Wally has saved over 1,000 animals by travelling thousands of miles to ensure rescues have a much needed forever home. Countless road trips and hours spend travelling as far as Sainte Rose du Lac, Manitoba, which is almost 2,000 km away.

And of course because of the wonderful giving nature that Wally has, he couldn’t take all the credit himself.

"This isn't an individual volunteer deal, this is a great big, many parties, many strangers who have now become very good friends," Hyytiainen said. "It's almost like a club, but it just, everybody is so willing to partake and give 110 per cent. And I was sold right from that first trip that Craig and I had." 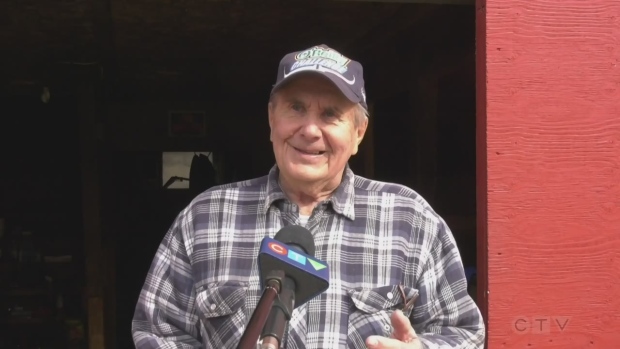 Wally Hyytiainen from Lively is Rastall Hydraulic's Community Volunteer of the Month for March 2021.

Richard Pacey from Sudbury and his volunteer journey started in the army cadets, raising money for community events and eventually evolved into many different areas.

He spent time picking up used needles with his family to protect those around the biking path, he's volunteered at the Dragon Boat Races and, most recently, was the frontrunner for bringing Hope For Sudbury to life, giving shelter to those in need.

And he's not alone, his daughters are right beside him, making giving back to the community a family affair. 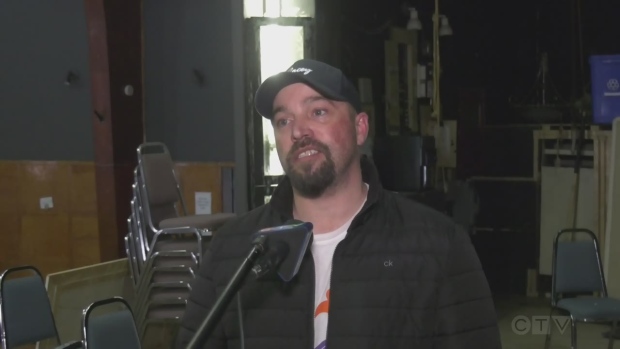 Richard Pacey from Sudbury is Rastall Hydraulic's Community Volunteer of the Month for February 2021.

Raymonde is from North Bay and the list of organizations she helps is pretty extensive.

She has spent countless hours volunteering at the crisis centre.

"I would like to go back to help the crisis centre. Every Sunday, I used to make sandwiches and either a pot of soup or beans or stew or things for them because they had young people on the weekend that didn't have a place to go and that would give them a push to be able to, you know sometimes they were busy and they didn't have time. So this would help them to give these people some food," she said.

She has also volunteered with Low-Income People Involvement of Nipissing, the Salvation Army, as well as at Omond Memorial United Church.

Raymonde has knitted hundreds of hats and has lost track of the number of muffins baked for those in need.

She has also helped people with disabilities, as it hits home for her having seen the struggles within her own family. 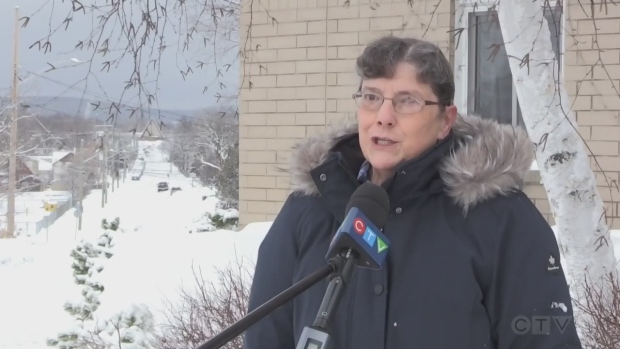 Watch the full interview with Rastall Hydraulic's Community Volunteer of the Month for January, Raymonde Gauthier from North Bay.

Sam has dedicated decades of his life helping support the Lions Club. Most recently, he put everything he had into making this year's CTV Lions Children's Christmas Telethon a success raising close to $305,000. With COVID-19 restrictions in place, there were countless hours spent trying to make it work. Sam will tell you that this year's telethon was the toughest yet, but as each year, it was totally worth every second of work. 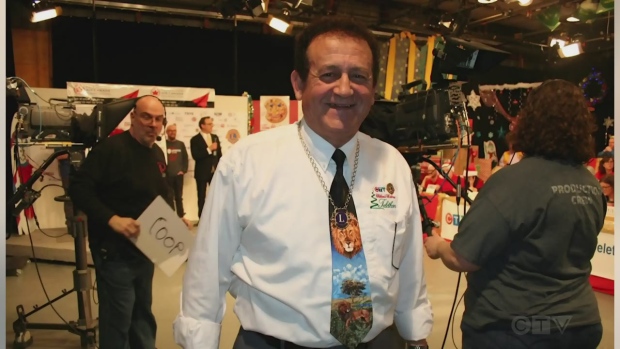 Watch the full interview with Rastall Hydraulic's Community Volunteer of the Month for December, Sam Khoury from Sudbury.

Stan is from North Bay, Ont.

After returning from military deployment in Afghanistan, he decided to take his knowledge on treating soldiers in the service and use it to help the mental health of police.

He is now an adjunct professor at Nipissing University.

Stan has been the driving force behind establishing Project Lifesaver, which has brought attention to those struggling with dementia, Alzheimer's and autism.

By teaming up with the search and rescue group BAYSAR, as well as the North Bay Police Service. Stan has already been able to raise approximately $18,000 for start up equipment, which is currently his #1 focus. 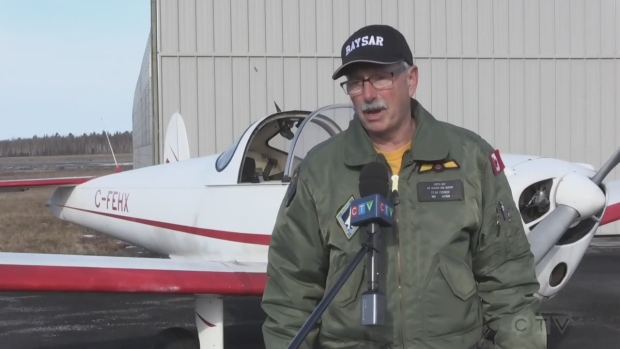 Watch the full interview with Rastall Hydraulic's Community Volunteer of the Month for November, Stan French from North Bay.

Barb has always been a huge part of her community in St. Joseph Island, Ont.

She was the coordinator of the United Way Christmas drive and a Sunday school teacher, and she's a member of the Sault Ste. Marie MS Society, the Sault Deaf Club and is the president of both the Matthews Memorial Hospital Auxiliary and the Royal Canadian Legion Branch 374.

Barb spends most of her time at the Trefry Memorial Centre, where she has made friends for a lifetime.

Volunteering runs through her entire family and she says she would suggest it to anyone looking to meet new people and to lend a helping hand. 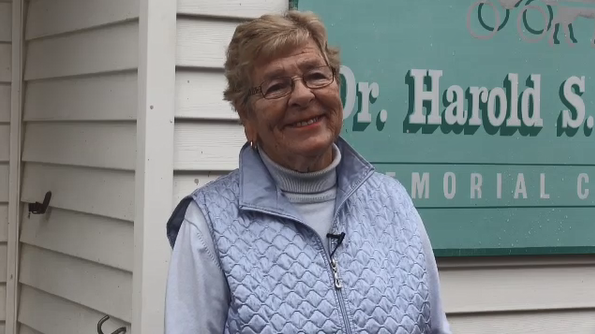 October's Volunteer of the Month is from the Sault

Meet Rastall Hydraulic's October Volunteer of the Month, Barb Jackson from Sault Ste. Marie and find out how she helps her community.

If you’ve ever attended an event at the Capitol Centre in North Bay, you’ve probably crossed paths with Leslie. She has spent countless hours of her time there over the last 20 years.

Leslie has also volunteered as a coordinator and shift captain at the Heritage Railway and Carousel Company, as well as at almost every sport and dance recital as her kids were growing up.

She is well known for her snazzy attire upping the apparel game of those around her.

The moving force behind the selflessness that Leslie shows is derived from her father, who told her at the age of 10: "volunteering is a way to meet people and give back to the community." Leslie has lived her life by those words inspiring people all around her, becoming a familiar and loving face within the community.

Now, she is anxious to get back to what she loves since the pandemic has forced many activity and event closures.

"Hoping that we open up with all of our activities, you know, because I'm bored and I love to volunteer. And thank God we started at Corbeil Four Seasons our breakfasts. And I'm just waiting for COVID to end," said Cerisano. 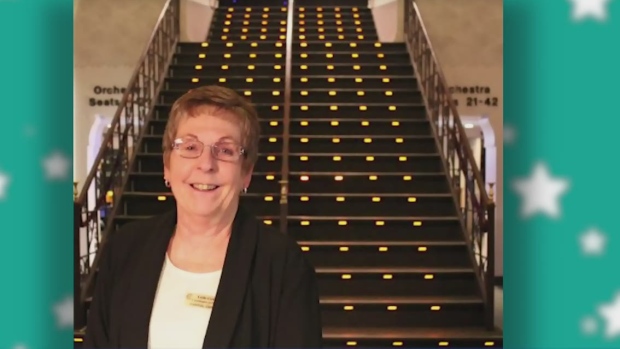 As a retired police officer, Mike understands the need for volunteering.

From teaming up with M&M Meat for barbeque fundraisers to working with the local cancer society and even being on the board of directors at the Elgin Street Mission, Mike is always there to lend a helping hand. There is even a locally famous fundraiser called Mr. Mike's Spaghetti Dinner that involved kids and parents at Sudbury Christian Academy.

Most of Mike's time during the COVID-19 pandemic has been spent volunteering at Extendicare York, where he helps out in every way imaginable, putting a genuine smile on the faces of everyone he encounters. 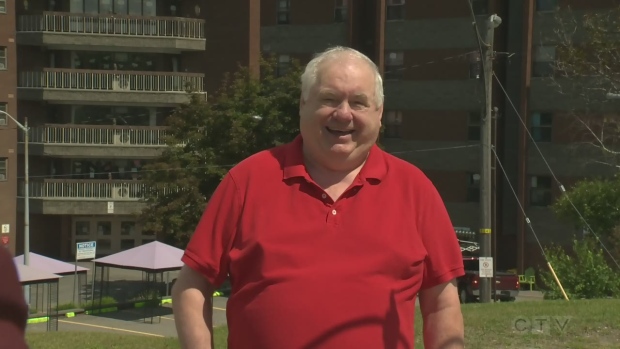 Mike Gregory is August's volunteer of the month

CTV's Will Aiello talks to retired Sudbury police officer Mike Gregory, Volunteer of the Month, about the work he does in the community.

Virginia initiated the Peace Park in Capreol that is a true hot spot for people to go relax and enjoy. It's where she meets up with friends everyone morning to have some coffee.

Over the last 23 years, Virginia has volunteered her time at the Elm Steet Kitchen, helping those that are less fortunate. She also serves at the cross-country ski hill every year and is always there to lend a helping hand. 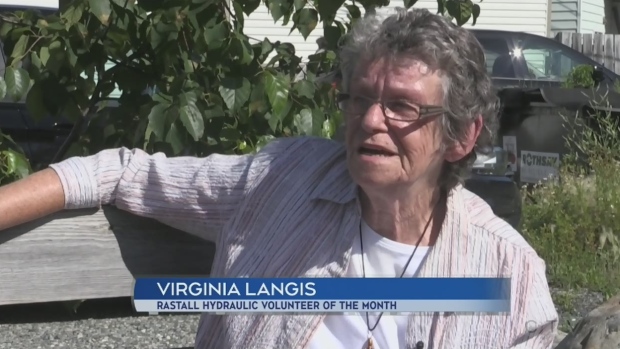 The Rastall Hydraulic Community Volunteer of the Month is Virginia Langis from Capreol.

Kim is from Timmins and began volunteering at her kids' school in the breakfast and lunch programs. The joy she saw within the kids' faces gave her every reason to take the next step in her community service journey.

Today, Kim spends most of her life volunteering at the Women's Information Network, the curling club and is the manager at MADD in Timmins, where she joined back in 2008. Kim is truly someone that everyone looks up to in the community of Timmins for being that special person that anyone can count on. 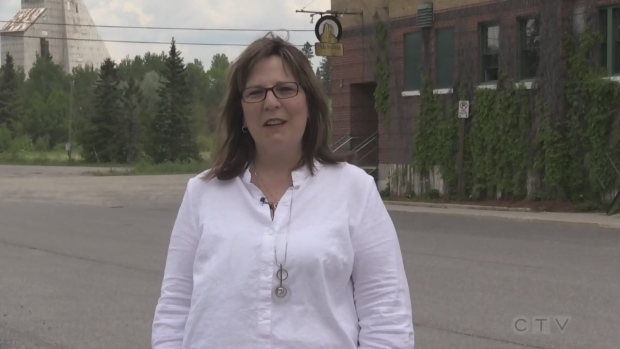 Full interview with June Volunteer of the Month Kim Meunier

Watch the full interview with Kim Meunier, Rastall Hydraulic's Community Volunteer of the Month for June about her work in Timmins.

Lyse was an educator at Ecole secondaire catholique Theriault for 30 years, where she was the main leader in organizing a trip to Jamaica that involved students helping to build much needed homes.

That is just the beginning of the amazing work that Lyse does.

From preparing and serving food at Lord's Kitchen to volunteering at Project Love and with The Yo Mobile, Lyse is truly a leader in the community.

Near Theriault High School, you will find a tree that’s named after her as recognition for the admiring work that she does.

You can definitely see why she's been nicknamed "Taz" by her fellow colleagues for her "go, go, go" volunteering drive. 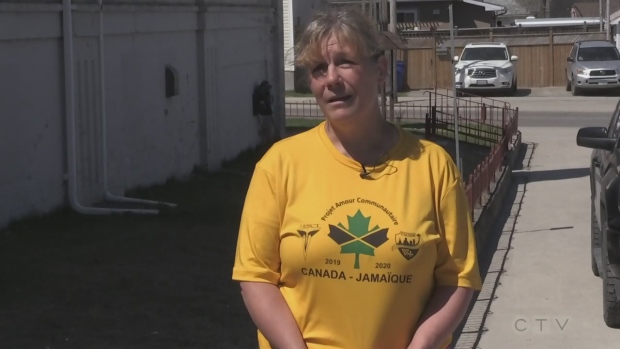 Interview with Rastall's Community Volunteer of the Month

The winner of Rastall Hydraulic's Community Volunteer of the Month for May, Lyse Perron from Timmins, talks about her work in the community.

Eva has been a leader in the community of Greater Sudbury by stepping up in the most crucial of times.

She’s been making masks for anyone in need while donating the proceeds to the Garson Food Bank.

Eva has also donated some masks to the Elgin Street Mission in downtown Sudbury.

Volunteering has been a huge part of Eva’s life as she's spent the last seven years helping with Health Sciences North fundraisers, as well as an incredible 15 years at Ecole St-Augustin in Garson.

"Like it fills the joy in my heart to give, you know, and we appreciate everybody and we love everybody, so we're out there to reach people and to do everything we can in our community . In the last month, my girlfriend and I, Micheline, have been making masks and we have been donating all our funds to the Garson Food Bank. And our masks, we are charging two for $15 and all proceeds goes to the Garson Food Bank. So far, we've donated $1,000 and as of (Thursday) we're sitting on another $1,000," said Bujold. 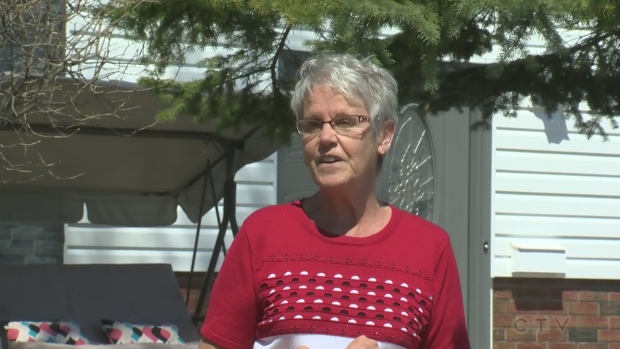 Will Aiello talks to April's Community Volunteer of the Month, Eva Bujold, about how she has been making her community a better place.

Every month, we will honour one hardworking community volunteer.

If you know someone who deserves recognition, tell us about them below. 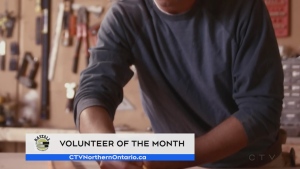 Rastall Mine Supply Volunteer of the Month

Volunteer of the Month Submission Form

Talking to local professionals about their industry

Learn more about growing and maintaining plants with Tony Ryma

Stories about mining in northeastern Ontario

Advice on how to keep your pet healthy and happy