It’s a heart-wrenching story of loss. Five children from Sudbury are living with their aunt in Webbwood after the death of their mother due to complications from pneumonia in early January.

The tragedy comes after the children lost their father to a heart attack in December 2020. 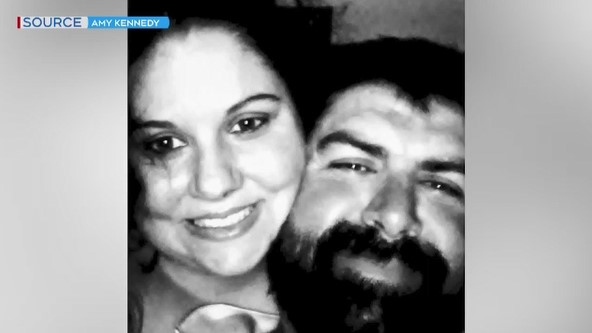 Two of the kids -- Skye Kenny, 15, and her sister Maddison, 13 -- both attended St. Charles College. Two of their teachers decided to create a Go Fund Me page.

The fund is intended to help their aunt, Amy Kennedy, with costs associated with taking in the two girls and their three siblings: six-year-old twins Wyatt and Chase, and Gage, age 11.

"We didn’t expect any of it and we’re just thankful that they decided to do that," Kennedy said.

"We had to get them new school shoes, backpacks and stuff for the kids. We’ve had to buy new beds, bedding. It’s helped out with transportation for the kids to go back and forth to school until we can get them on the bus."

With the addition of the five children, Kennedy now has nine children under her roof.

"It’s not that hard during summer (or) when it's March Break and Christmas. We have my spouse's four kids come down and stay with us, so it's not really a big difference. But it is hard when the kids have their moments when they fight with each other."

So far the page has raised more than $8,000, but that’s not the only support they have received from the community.

"I would also like to thank Home Hardware in Espanola," she said. "They donated a lot of lumber and drywall and doors so we could make bedrooms. The Lion’s Club in Espanola, they donated $1,000 in Giant Tiger gift cards."

Kennedy said she's overwhelmed by the generosity and the support the family has received.

"I can’t believe how many generous people are out there," she said.

Kennedy said the children are doing OK considering the circumstances and that they all have been seeing counselors to help with their grief.

Quebec ready to vaccinate against monkeypox as soon as Friday, with 25 confirmed cases

Quebec is ready to vaccinate people who have come into close contact with monkeypox as soon as Friday.

Texas shooting: What we know about the victims

The inquiry into the 2020 mass shooting in Nova Scotia is hearing today from a retired senior Mountie who has been granted special accommodations to ensure he is not re-traumatized by having to relive the tragic, 13-hour event.

Patricia Tomasi, the co-founder of the Canadian Perinatal Mental Health Collaborative, is raising awareness on postpartum psychosis and how new moms can find support.

Canada Soccer has cancelled a planned friendly with Iran in the face of growing criticism.