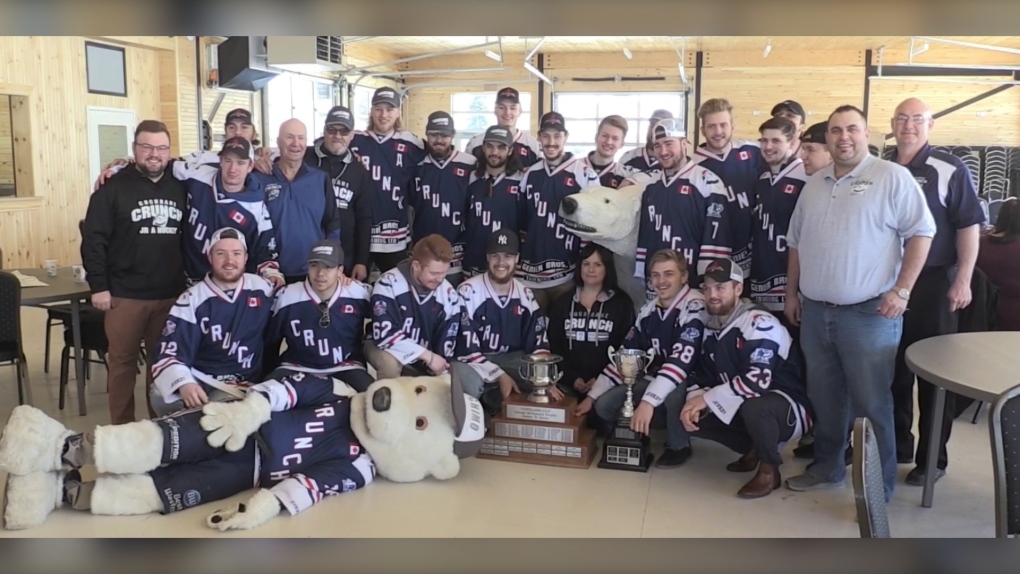 SUDBURY -- The community of Cochrane is stepping up to support the family in charge of the town’s junior hockey team, after their son was seriously injured in a vehicle collision in the Greater Toronto Area.

Ryan Leonard, owner of the Cochrane Crunch, wrote in a Facebook post that he and his wife Katherine learned late Thursday afternoon that their son Riley McComb needed to be airlifted to Hamilton General Hospital. They rushed to Hamilton to be with him.

"Someone for sure was watch(ing) over Riley as our poor boy is in pretty rough shape," Leonard wrote in the post early Friday. "Broken legs, fractured knee caps and fractured elbow, along with two small punctured on his lungs, and a little bleeding around the heart."

"The next 24 hours will be most important for him as he goes through his surgeries," said Leonard.

Thursday night’s hockey game featuring the Crunch and Timmins Rock was cancelled out of respect for McComb’s family, but the community is rallying to support them and hold down their hockey operations while the parents care for their injured son.

"If the league can do anything to help them, we will," Mazzuca told CTV News in a phone interview. "Everybody’s jumped in here to help in any way, shape or form we can. We’ll do whatever we need to do."

Mazzuca said Friday’s game will take place as scheduled and the community will continue sending well wishes to the Leonard family.

"We’re all just waiting and praying that everything’s going to be alright," Mazzuca said.

"We thank everyone for the prayers and support," he wrote.

The Leonard family did not wish to speak to media at this time.