Community Christmas Day Dinner back on again in North Bay 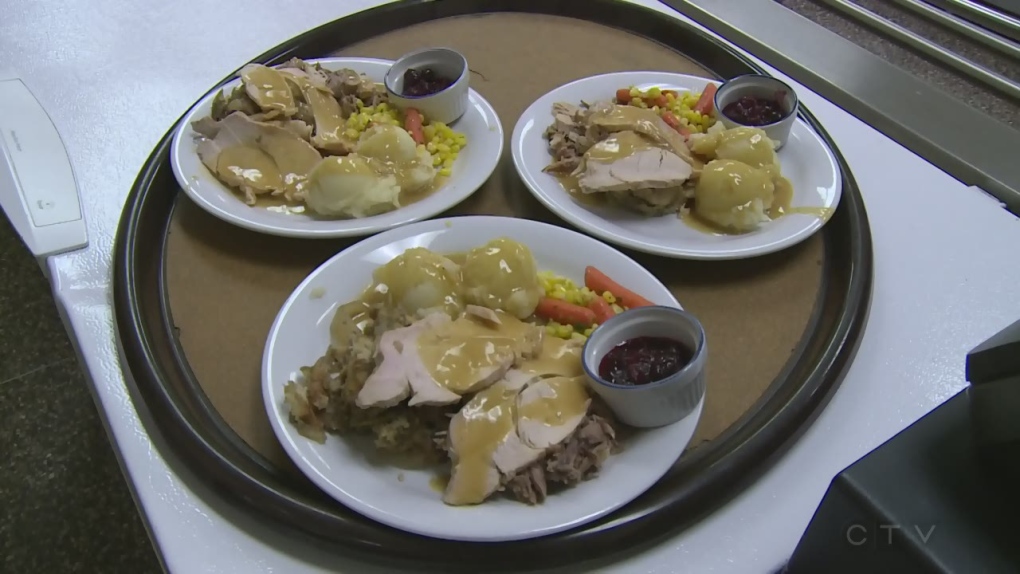 Preparations are underway for the annual Community Christmas Day Dinner in North Bay.

A team of 50 volunteers and a few organizations work hard to feed those less fortunate and those who are alone during the holidays.

“Be there for the music. We have gifts and we try to put as much atmosphere as we can -- and some people even come and give us money for their meals," said dinner committee chair Sylvia Antinozzi.

The dinner will take place at Memorial Gardens on Dec. 25 for the second year in a row. Before the pandemic began, it was hosted at Pro-Cathedral of the Assumption church for 15 years. In total, the dinner has supported people for more than two decades.

“Christmastime is the most difficult time for people who don’t have money or people in their lives and we try to fulfil that as much as possible,” said Antinozzi.

Wanted to lend a hand

Except for the turkeys, most of the food will be prepared at The Gathering Place soup kitchen. The soup kitchen wanted to lend a hand last year and this year due to the ongoing health crisis.

“There are so many folks who are trying to make the Holidays as normal for their kids as possible,” said Dennis Chippa, executive director of The Gathering Place.

“So any way they can cut corners by getting an extra meal is a present for their kid.”

A number of organizations are stepping up to support the cause. The city is lending the hockey arena, and Rebuilt Resources and the North Bay Rotary Club are helping financially.

“We can donate money in order for the food to be bought. We’ve done this at least three years, if not four,” said rotary club president Robert Cunningham.

Maureen Brazeau from Rebuilt Resources presented a $3,000 cheque to help support the cause.

“Our mission is to stay local. Any of the money raised over and above what we need at Rebuilt Resources goes back into our community,” said Brazeau.

Last year the dinner served 600 meals. Between 50 and 60 people took time to sit inside and celebrate.

The committee said it wants to create a warm and joyful atmosphere for those who need their spirits lifted at this time of year.