It came, it went and packed a punch, leaving many Dowling residents with a mess to clean up afterwards.

Sunday's storm left a trail of downed trees, fences that had been ripped out and damaged roofs all around the Greater Sudbury community.

Taylor Doyle stood in her kitchen and watched in horror as she saw the large tree in her front yard start to fall. 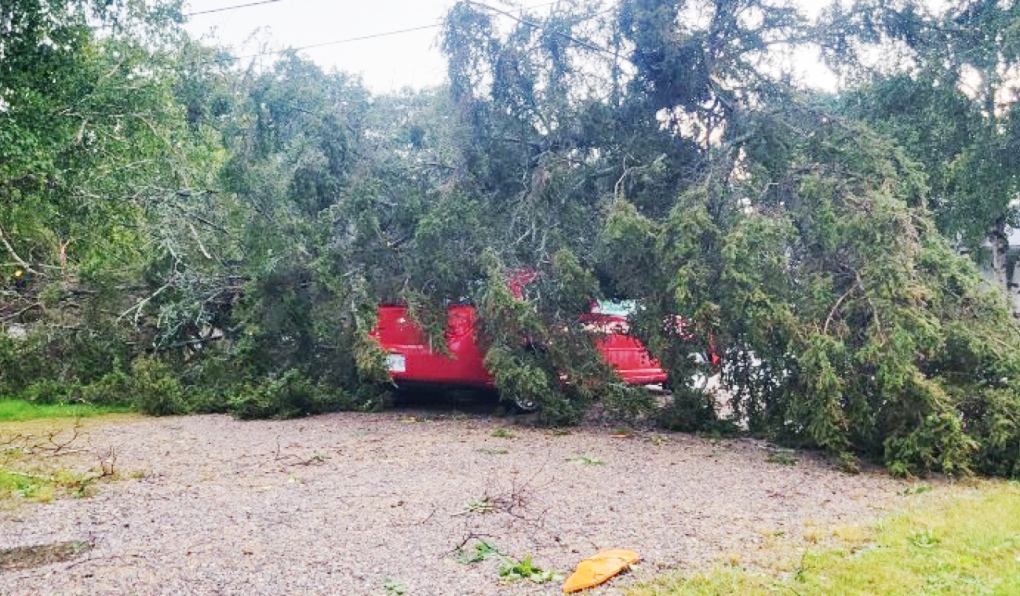 Residents in Dowling were busy cleaning up 24 hours after a suspected microburst made its way through the region. (Photo courtesy of Taylor Doyle)

The tree has now been hauled away from the Douglas Street property and her car has only minor scratches.

It was a similar story over at Henry Sonsken's home. He watched visibility quickly diminish in front of his house.

"We heard heavy, heavy rain come down and then the next thing I heard was a big bang," he said.

Sonsken had some soffit ripped away from the side of his home while a tree in the backyard bent due to the wind.

"It was really, really bad -- cars were coming off the road, they couldn't see nothing and it was quite scary," said Karen Yallowega.

One of the hardest hit areas was the Roger's Valumart. Its garden centre was a twisted, crumpled shell of what once stood in the parking lot. The only thing left upright was the Canadian flag. 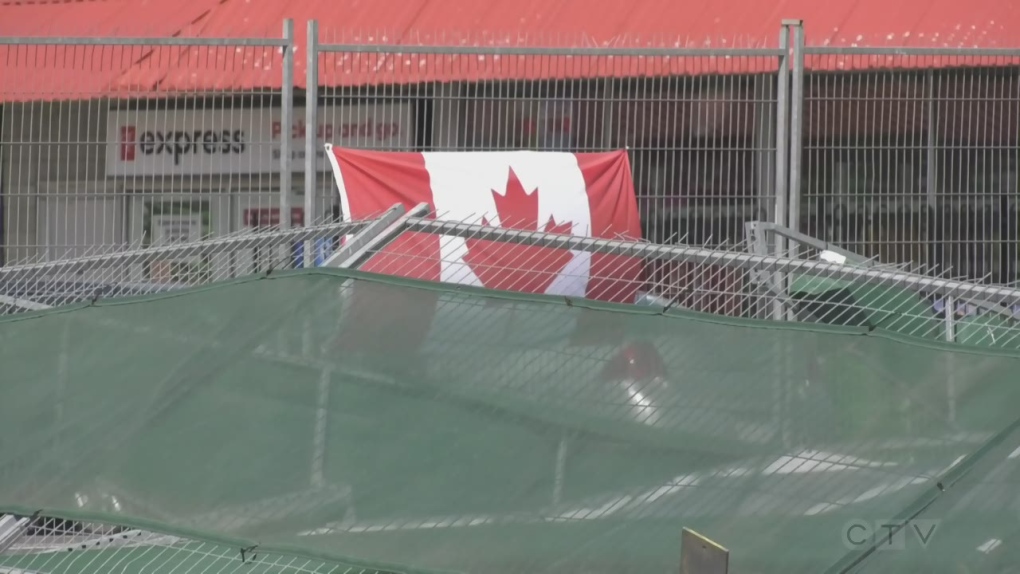 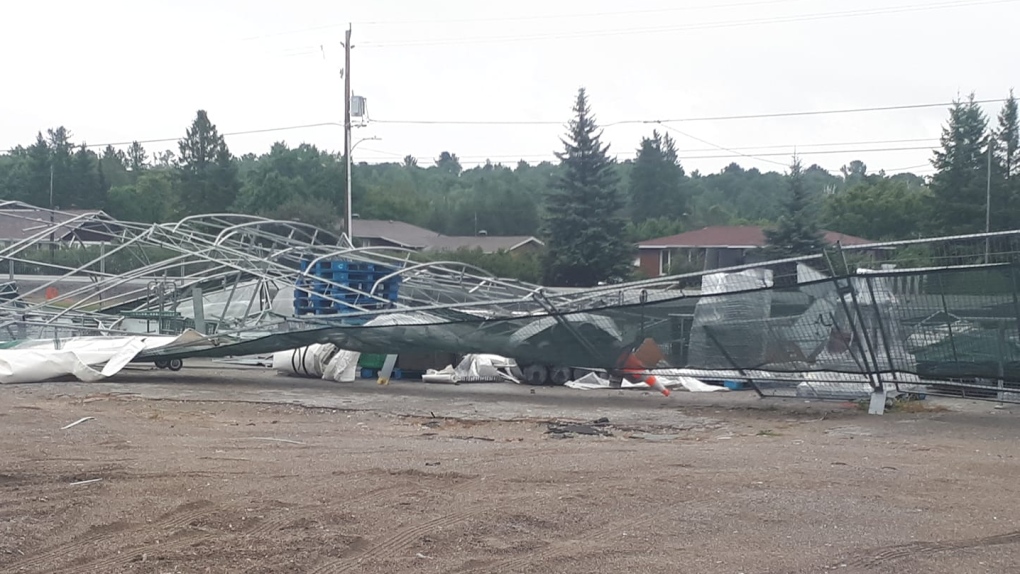 "Precautionary measures were all in the right place, everyone did everything they were supposed to, the product in here we can fix that, we just hope that the community is strong and that we can fix every area that was damaged by this storm," said Beaulieu.

Beaulieu said he was proud of how his team handled the situation, locking the store down. They sheltered customers inside until it was safe to come out.

Damage to the property will be covered by insurance. He's just happy no one was hurt.

Meanwhile over on the other side of the highway, the wind ripped away the tennis nets and the fencing. There was also several damaged trees in behind Larchwood Public School.

Frank's Family Tree Service was busy trying to clear some of the brush.

"We weren't expecting to see so much damage out here," said owner Frank Langemann.

"I'm in New Sudbury. We got a little bit of rain, a little bit of wind, but we didn't see any tree damage whatsoever, so to get a call to come out here and see quite a bit of damage out here, (I'm) pretty surprised."

Environment Canada said it's still investigating what happened in the region and assessing the damage.

Warning preparedness meteorologist Peter Kimbell said it could have been what's referred to as a 'downburst' or 'microburst.' Adding that investigators will be looking into the data.

Sudbury radar was down at the time due to a planned upgrade.

"Not a lot of rain reported but 80 kilometres an hour of wind -- there were certainly some gusty winds in line and of course a lot of thunder and lightning, as well," said Kimbell.

Kimbell said those wind gusts were reported in Gore Bay and at the Sudbury Airport, which means there could have been areas that saw stronger winds.