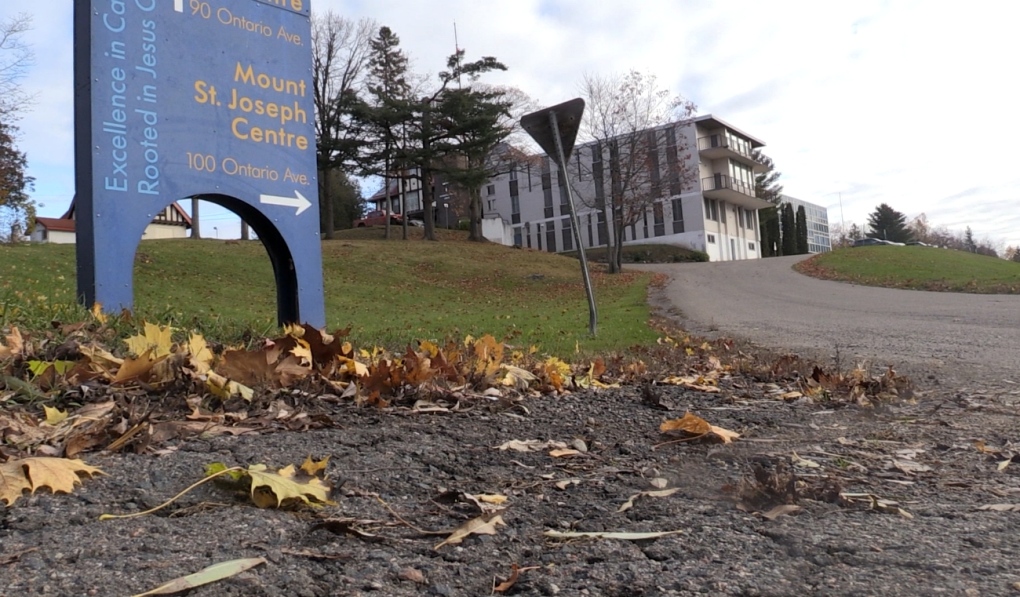 After closing more than a decade ago, The Huron-Superior Catholic District School Board is using Mount St. Joseph College, a former high school for girls, to teach elementary classes virtually. (Christian D'Avino/CTV News)

SAULT STE. MARIE -- After closing its doors more than a decade ago, Mount St. Joseph College is hosting classes again.

The former Catholic high school for girls is being used by the Huron-Superior Catholic District School Board to host its Our Lady of Lourdes Elementary Virtual Academy.

"It provided a great opportunity for us to revive these walls and having everybody in one building really provides that support that some of those teachers need," said Andrea Greco, vice-principal of the virtual academy.

Mount St. Joseph College opened in 1959 and was closed in 2006 because of declining enrolment.

Since then, it's been used for multiple purposes, including housing the board office.

"When we realized how many students we had enrolled for virtual learning and the capacity we would want to house those teachers, we chose Mount St. Joseph because of its space," Greco said.

Around two dozen educators are split into four to five per classroom, where they're able to teach virtually while maintaining physical distance.

Greco said choosing to host classes from the school offered more benefits than having teachers at home. But that doesn't mean there hasn't been some unique challenges.

"With housing four teachers per classroom, we've worked through some of those challenges by using dividers in the classrooms, noise cancelling headsets," she said. "Everybody needed to come from a learning stance that was on the same page and having that collection in one area really gives that stability."

Grade 1 teacher Cindy Spina is one of several housed within the halls of the former high school. She said getting used to having multiple classes going at once was difficult at first.

"But I'd say by the end of the first day, we were all kind of, getting used to it and it works," Spina said.

She said she prefers having one central location to teach, rather than being at home.

"It offers a lot of benefits that we otherwise wouldn't have had," Spina said. "Being in the same room with other colleagues who are teaching the same grades as me, it's kind of helpful because then we get to share our plans and our lessons and there's a lot of networking happening."

Other educators are working from home to teach around 500 elementary students virtually through the HSCDSB.