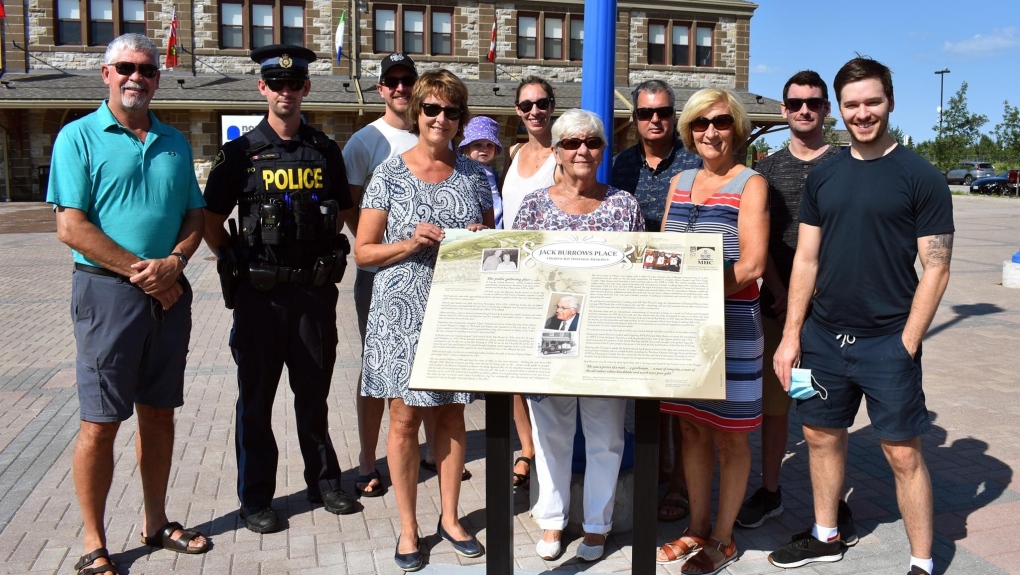 NORTH BAY -- The City of North Bay has named the public space outside of the North Bay Museum in honour of former mayor Jack Burrows.

The city quietly unveiled the plaque to his family Friday morning.

Al McDonald, the city's current mayor, and other members of council joined members of the Burrows family at the civic square site to hold the unveiling ceremony.

The naming of the space in honour of Burrows is the result of a council motion last year, which received unanimous support.

"It is an honour to be able to recognize Jack in this way, and I want to thank Coun. Chris Mayne for bringing the motion forward and other members of council for their unified support," said McDonald. "I can’t think of a more fitting tribute."

Burrows served as a member of the North Bay City Council from 1989 to 1995 followed by three terms as mayor until 2003.

One of his many contributions as mayor was to champion the purchase of the former Canadian Pacific Railway lands and to set in motion the development of the North Bay waterfront.

The plaque, which was prepared with the assistance of the North Bay Municipal Heritage Committee, features images of the former mayor and highlights his personal and political history.

"Jack would feel incredibly honoured if he were here today," said his wife, Elaine. "This will serve as a permanent reminder of his contributions to the community and his vision for the waterfront."

A community dedication, which was originally anticipated, will now be held at a later date when large public gatherings are no longer restricted.