Filmmakers Jeremy Lalonde and Jonas Chernick brought their latest film, Ashgrove -- that they co-wrote with the star of the film, Amanda Brugel -- to the Nickel City for the opening night gala presentation. 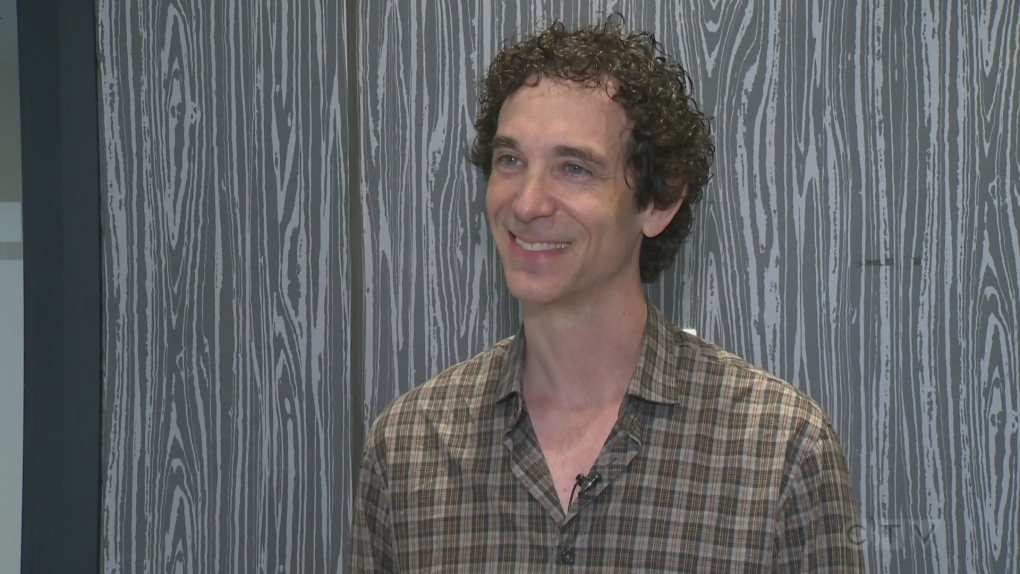 Lalonde and Chernick were last at Cinefest in 2019 with their film Jason vs. His Future Self.

It was that same year while they were on a road trip from Calgary to Edmonton – before the pandemic -- touring that film when the pair came up with the concept for Ashgrove.

"We wanted to tell a story in a way that we hadn't done before. We actually shot this film in a very untraditional way where we wrote an outline, we came up with the characters, but the actors didn't know what was going to happen from scene to scene. And we shot it in chronological order," LaLonde told CTV News in an interview. 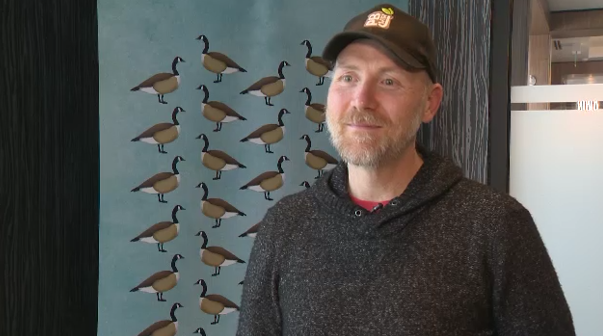 "So the film is actually largely improvised, but in a really structured way where the actors really had a lot of freedom to play and explore. And that was really enticing for all of us."

The movie is set during a world water crisis and they were worried about the audience being able to relate to a world pandemic. Then COVID-19 hit, the world shut down and they spent a lot of time planning over Zoom.

Brugel's character is a top scientist tasked with solving a global toxic water crisis in the film and the toll that it takes on her marriage to Chernick's character.

The movie was filmed over 10 days in September 2020 at LaLonde's wife's family farm, which is where the film and main character's last name comes from.

"Movies are meant to be seen in the theatre. It's mostly, not just because of the big screens I know a lot of people have big screens in their homes, but there's just something about watching the film with other people around in that shared feeling of excitement or terror or laughter. You know, there's just something that you know an audience makes just all the richer."

Lalonde said his favourite part of film festivals is the audience interaction and conversations after the film.

"Cinefest is one of my favourite festivals. I've been lucky to come here numerous times over the years with films and I just love how much the audience gets involved, how many people show up," he said.

"I was out on the golf course this morning and I ran into somebody and he found out I was part of the festival and he told me about how they have family come in from all over the place just for the festival and I love how much the city embraces it."

Both of the filmmakers agreed being asked to have their film screened at the opening night gala at Cinefest shocked them.

"It's an honour just to be included in the festival at all because it's such a great festival and I've been here before. But to be the opening night gala? That's just nuts. Ad when we made this little movie, it was really like a labour of love and almost an experiment, let's see if we could make a movie this way. And the response it's got is incredible and to be opening night here at Cinefest is, you can see I'm beaming, I'm humbled and very honoured by it," Chernick said.

Ashgrove is being released in theatres in Canada and the U.S. on Dec. 2. It will also be shown in the U.K.

The Department of National Defence says Canada is working with the United States to protect sensitive information from foreign intelligence threats after a high-altitude surveillance balloon was detected.

Are magic mushroom stores the next pot shops?

Magic mushroom dispensaries are popping up in cities across Canada, with customers ranging from those looking for treatment for depression or PTSD to people wanting to 'micro-dose' a small amount of psilocybin, the hallucinogenic compound in magic mushrooms. But while the situation is in some ways reminiscent of when cannabis retailers set up shop before marijuana was legalized in 2018, Health Canada says there are no plans to legalize or decriminalize psilocybin products.

Hundreds of customers who scan QR codes for restaurant menus across Canada are being surprised by secret menus instead, revealing the hidden costs behind the food they eat.

Q & A with a Russian warfare expert: 'This is not a proxy war' with the U.S.

With the anniversary of Ukraine's invasion by Russia around the corner, CTV News sat down with a Russian warfare expert to discuss how he sees the conflict playing out and what happens next.

According to Environment and Climate Change Canada, as of Thursday morning there were extreme cold or winter storm warnings active from coast to coast, with the harshest extreme cold warnings stretching from northern Alberta all the way to Nova Scotia.

One of Saskatchewan’s oldest hockey rinks has garnered national attention for its unique features and unusual design.

A paramedic signing off for duty for the last time got choked up and teary-eyed during his final radio call to colleagues.

Quebec recommends booster only to vulnerable never infected with COVID-19

Quebec is changing its vaccine strategy: public health officials are now recommending booster shots only for vulnerable people who have never had COVID-19.

Would you pay $300 a year for quick access to a nurse? Dealing with demand, Ontario doctors get creative

Paid subscriptions to on-demand care are among the many strategies primary health-care providers in Ontario are adopting in order to meet increased demand for access to doctors in the past year, while also managing staffing shortages.