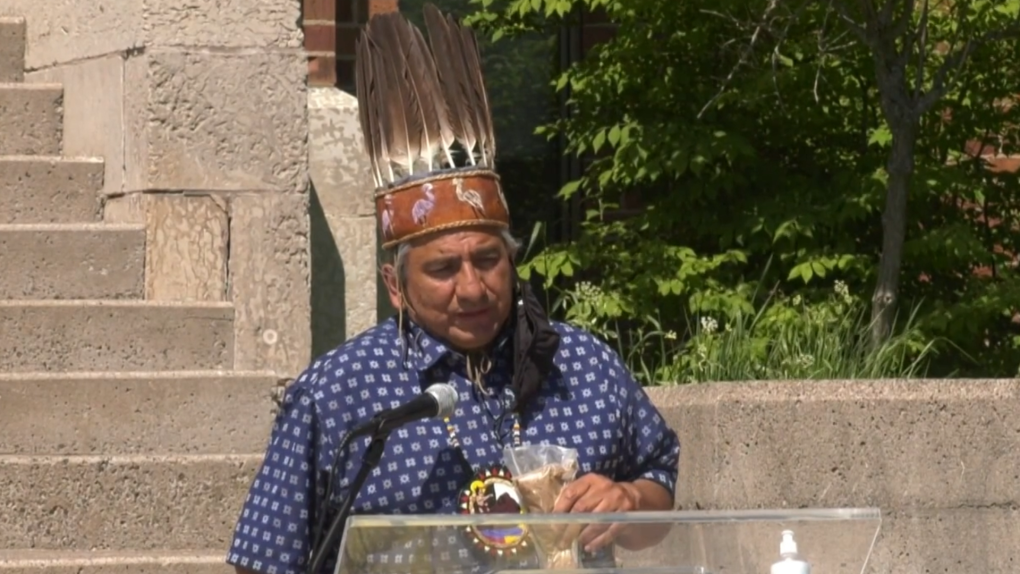 Batchewana First Nation chief Dean Sayers was first elected chief in 2006, and as of right now, he has no plans to seek a higher office. Aug.1/21 (Mike McDonald/CTV News Northern Ontario)
BATCHEWANA -

Batchewana First Nation is giving its long-time leader another mandate. Dean Sayers will serve another term as chief after defeating two challengers by a wide margin in the latest band council elections.

Chief Sayers brought in 424 votes, beating his nearest challenger by 230 votes. He says there are many issues he's looking to address in his new term, including some ongoing, national-level challenges.

Sayers adds the $4 per year annuity issue, which has been in and out of the courts, is something else he's looking for resolution on.

"We've got a number of court decisions that tell Canada and Ontario to pay the rent," says Sayers. "We have these tables set, ready to have productivity and neither Canada nor Ontario have sent anybody to that table with any mandate to negotiate or resolve."

Sayers was first elected chief in 2006, and as of right now, he has no plans to seek a higher office.

"Who I am as an Anishinabek from Baawaating kind of defines that," he says. "If there's some kind of a turn on the trail ahead, I'm open to those kinds of considerations. And I'll let our ancestors and the spirits help in that determination."

Anti-vaxxers in Quebec could be fined $10,000 for protesting near schools, hospitals

Anti-vax protesters who picket outside hospitals, schools, daycares or COVID-19 test and vaccine sites could face a heavy fine, according to a bill tabled Thursday by the Quebec government.

Former Nazi death-squad member Helmut Oberlander has died in the midst of his Canadian deportation hearing.

A couple from Louisiana who were vacationing in Jackson, Wyoming, last month said Wednesday they saw an incident involving Gabby Petito and Brian Laundrie in a restaurant in one of the last sightings of Petito before her death.

Scientists in the U.K. are developing a 'potentially significant' treatment for COVID-19 that could be administered to patients in the form of a nasal spray, thanks to the tiny antibodies produced by a llama.