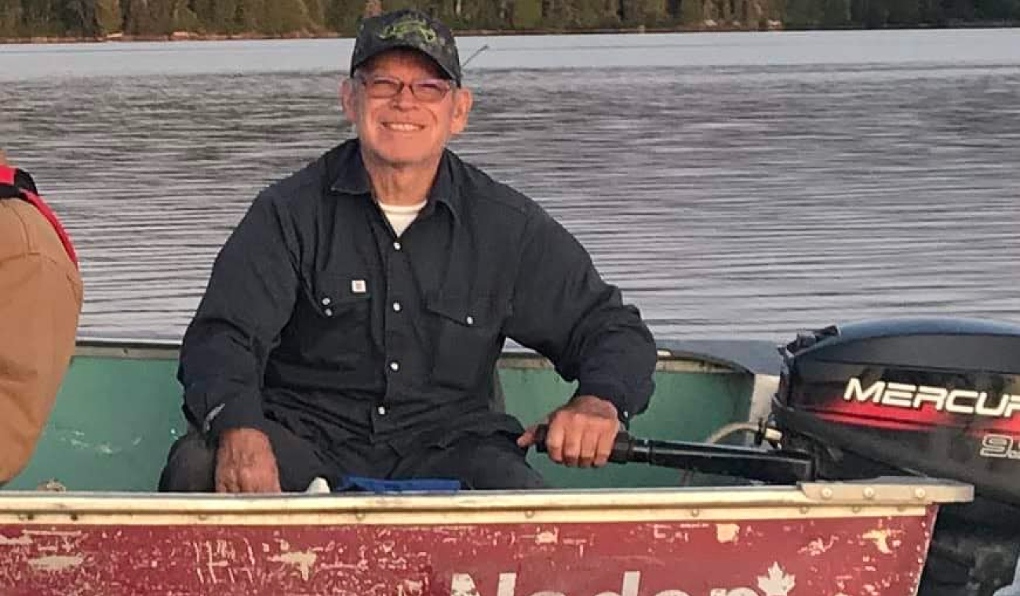 A 74-year-old man from Chapleau has died on Ruth Lake, located about 15 kilometres south of the community. In a news release Friday, Ontario Provincial Police identified the victim as Doug Lynn. (Photo from Facebook)

The remains of a 74-year-old man from Chapleau have been recovered after he went missing on Ruth Lake, located about 15 kilometres south of the community.

Police were called the evening of Sept. 17 that the canoeist was missing.

"Reports indicated a male had gone out in a canoe and had not returned," the OPP said in the release.

"Police attended the scene and located an overturned canoe on the lake."

Lynn's remains were found Sept. 19 at 11:30 a.m. by the OPP responders, including the underwater search and recovery unit.

"Cause of death remains unknown at this time," police said.

"The investigation is ongoing under the direction of the Office of the Chief Coroner."

Lynn and his wife Roxann Lynn own the Moose Horn Lodge in Chapleau. A recent Facebook post mourned his passing a day before he was to turn 74.

"Many of you have known Doug for years as running Moose Horn Lodge with owner and wife Roxann," the post said.

"Please post your favourite story or a funny story about Doug in the comments below. Be as long-winded and detailed as you like. The family would really appreciate it at this time."

This story has been corrected to reflect the fact the cause of death has not yet been determined.

Nike has suspended its partnership with and paused support for Hockey Canada as the sports organization faces increasing pressure to handle alleged sexual assaults.

Uvalde's school district on Friday pulled its embattled campus police force off the job following a wave of new outrage over the hiring of a former state trooper who was part of the hesitant law enforcement response during the May shooting at Robb Elementary School.

Shorts or a jacket (and umbrella)? Thanksgiving forecast varies across the country

Thanksgiving weekend weather is shaping up to be drastically different depending on where in the country you live.