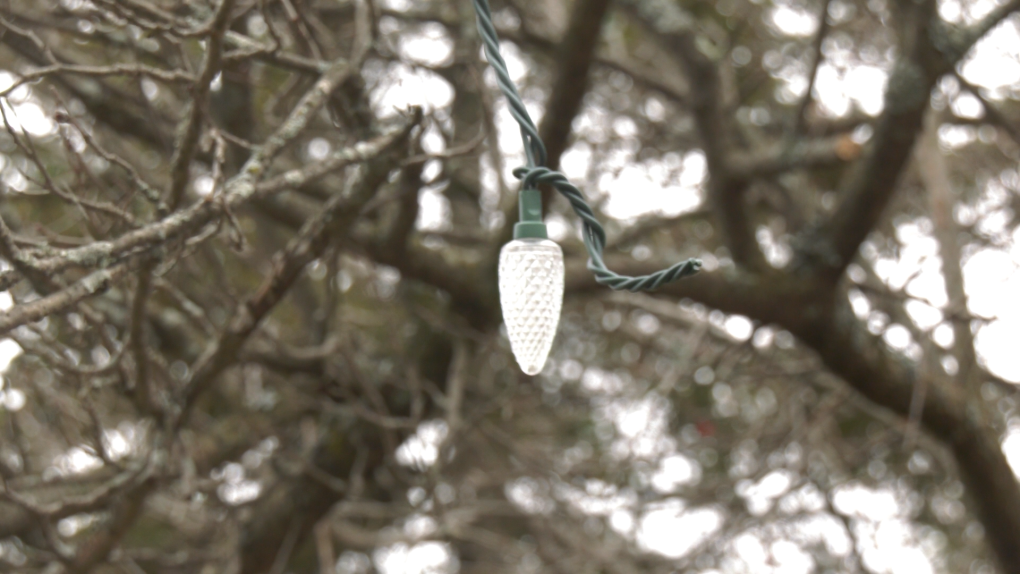 Thieves made off with 12 100-foot heavy-duty extension cords at some point within the last few days and they cut the Christmas tree lights in the town park to get to them. Damage to the display is extensive and it's going to leave volunteers with little time to try and replace everything. Nov.30/20 (Ian Campbell/CTV News Northern Ontario)

SUDBURY -- A Christmas grinch appears to have struck the Greater Sudbury community of Capreol.

Thieves made off with 12 100-foot heavy-duty extension cords at some point within the last few days and they cut the Christmas tree lights in the town park to get to them.

Damage to the display is extensive and it's going to leave volunteers with little time to try and replace everything.

"I'm really upset, I'm angry, like I say it's so disheartening because we all love our community and we all work together as a team, it's not a one-man show, it's many, many people," said Natalie Labbee, the coordinator of the Capreol Santa Claus Parade.

They've been going door-to-door, speaking with neighbours and business owners in hopes of finding someone with CCTV footage.

Volunteer Brandon Currie, who works at the CN Yard, was one of the residents who had spent dozens of hours trying to get the display ready.

"We started seeing some lights on the ground and stuff like this so started putting stuff together real quick, we also heard on the news of some stuff happening in the Valley and stuff happening so it hit home really quick.," said Currie.

"The part that's really upsetting to me and questionable is they're going to put all these hours again to make this happen and what if someone does it again? How are we going to prevent this from happening so that all of our Christmas cheer is not ruined once again for our community between now and Xmas?" asked Labbee.

One of the town's former "eyes in the sky" can be seen from the park but the camera hasn't been operational for years.

Organizers have  filed a police report.

In the meantime donations continue to come in from other community members who have been reaching out to see if they can help these volunteers recoup some of the costs.

Ward 7 Councillor Mike Jakubo says he was heartbroken to learn of the destruction.

"It's a matter of community support right and community awareness to know - there are people that do live in the area that I know will be additionally attentive to things going on around the park and like I say the businesses in the area will also be very attentive."

The theft comes just days after another incident at the local school bus yard where parts were stolen from one of the buses.

In the meantime, the volunteers undeterred, say they will go ahead with their COVID Christmas plans in hopes of providing some sort of merry holiday to the residents of Capreol.