A group of volunteers in Cobalt, Ont. held their second annual candlelight vigil to pay respects to veterans buried at the Cobalt Veterans Cemetery.

Inspired by similar vigils in the Netherlands, around 200 solar-powered lights were placed at each gravestone that could be identified.

A service was held, featuring a performance by the Royal Canadian Legion Branch 44’s pipe band.

“When they were lit up, it was just very, very emotional for all of us. It’s absolutely spectacular,” said Susan White, one of the vigil’s organizers.

“Last night, for Remembrance Day, we had a little service at the cemetery. There were about 50 people there. Chris Kos went officiated, I sang, the papers were there. It was just, it was just a nice get together and just one we were all very honoured to honour our veterans in that way.” 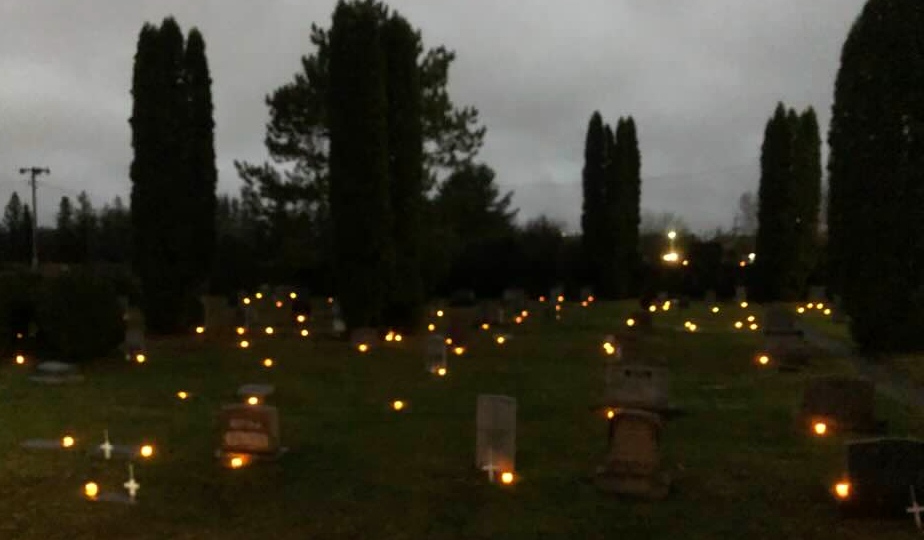 In addition to traditional ceremonial tribute candles over 200 solar-powered lights were placed across Cobalt Veterans Cemetery for the vigil to ensure each identifiable name on the gravestones could be read. (Photo courtesy of Ken Riley)Organizers told CTV News they hope to grow the event each year and are leaving the candles out tonight for people to visit.

They are also collecting donations to help the local legion branch with upkeep of the cemetery, which it has operated since the 1940s.

“My dad is there and he’s a vet. I have four uncles there, who are vets and so, that’s basically why I started it. Also, the profits go back toward the perpetual care of the cemetery,” said the vigil’s founder Ken Riley.

Riley is a war historian, who researched about 50 unidentified veterans buried in the cemetery, to ensure they were properly acknowledged and could receive a candlelight.

Organizers said other legion branches have already reached out to look into holding their own vigils in the future.

For more information on the vigil and the legion’s work with the veterans cemetery, visit their Facebook page.