Canadore College in North Bay is building a much-coveted multi-use sports complex, which has been in the works for the last 10 years.

It will be located behind the college's Commerce Court campus and will allow for year-round sports, training and sport development for local leagues and student athletes. 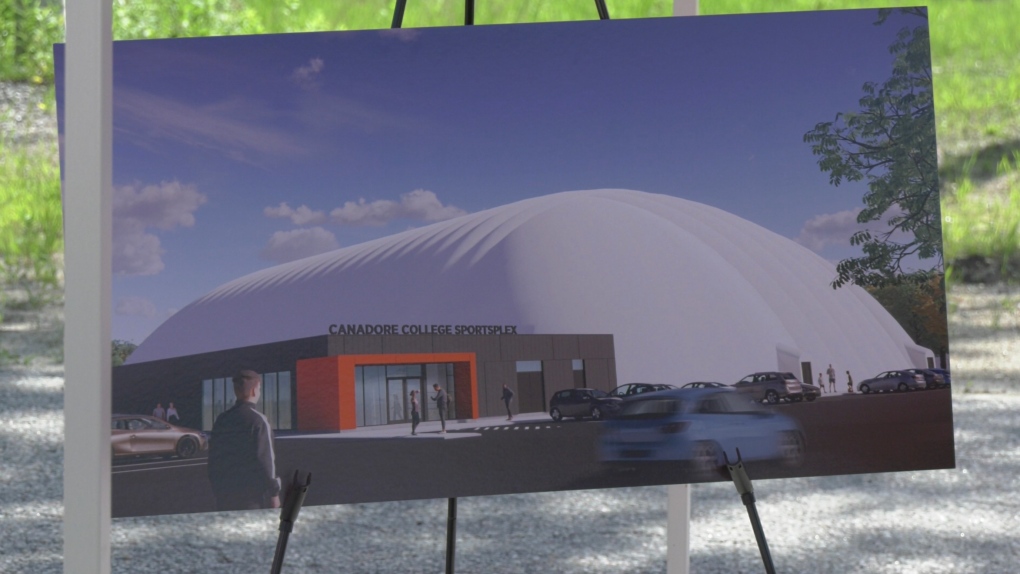 "This facility will give us that competitive advantage where we can now go and compete at a higher level," said Michael Miscio, the coach for Canadore men’s indoor soccer team.

Sports including soccer, tennis, basketball and baseball can be played in the building. A driving range is also going to be available.

There will also be opportunities for training and sports conditioning in the dome.

"We're at a real disadvantage. We practice and prepare in North Bay, typically in indoor facilities like the gym, through the fall semester and then we compete in a facility we've never practiced in," Miscio said when asked how his team will benefit from the building.

The build will cost more than $8.5 million.

Additionally, a 6,200-square-foot clubhouse will be attached with much-needed change rooms and meeting space. The facility will be open to the public and outside teams and leagues on a fee-for-use basis.

"We're the only club in both our leagues, whether it be the NFC or the OSFL, that doesn't have a facility like this," said Marc Mathon, the North Bay Bulldogs Football Club president.

"We can start in September we can go to mid-October and go inside and go until Christmas."

Over the years, North Bay Mayor Al Mcdonald heard from sports fans and athletes about the need for an indoor turf.

Thursday's announcement follows on the heels of a $26-million funding promise made on the weekend by the federal Liberal government for the new twin-pad arena and recreation centre in West Ferris.

"When you really look at it, they complement one another," McDonald said.

"We've got indoor turf where our citizens wanted one, but we knew Canadore was going to do it. They knew we were going to do a walking track for seniors. There was no need to duplicate it here."

The project is a 10-year dream, which started through a city feasibility study done to assess the need to build or improve recreation facilities.

"We really wanted to dust off this project and make it a reality,” said George Burton, the college's president and CEO.

"I said 'Fine. We can do it, but we have to work awfully hard to make it a reality,' and they did. So I have to give kudos to our senior team."

Construction starts right away and it's expected the indoor sports complex will be open by September 2023.