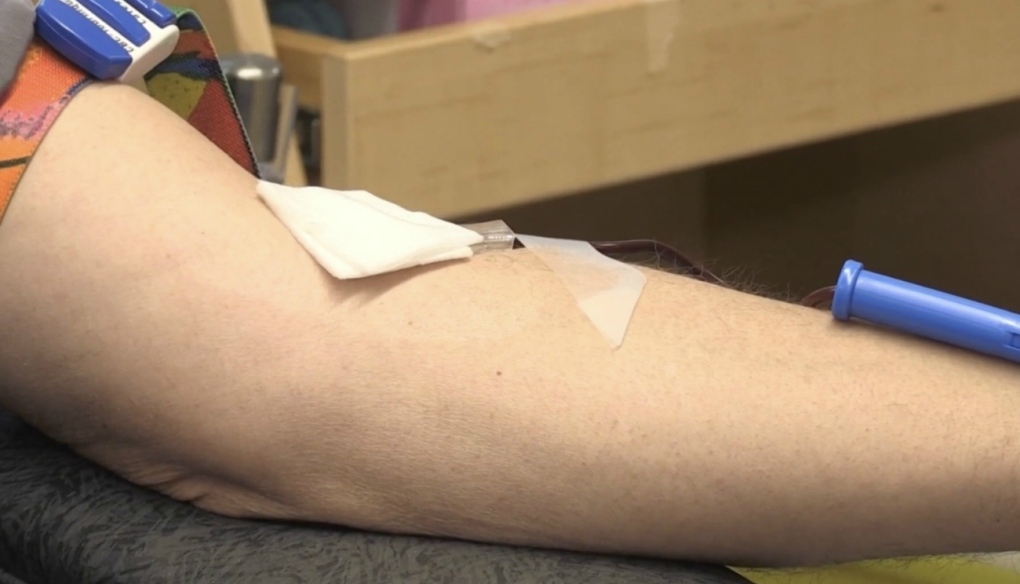 The new plasma collection site located at 900 Lasalle Blvd. is the first of three to be built in Canada. Staff said there’s a reason why Sudbury was one of the choices.

“We do have a very committed donor base here in Sudbury -- that is one of the reasons why Sudbury was chosen to be the first location in Canada to have a centre of this kind,” said Teri-Mai Armstrong, business development manager for plasma operations with Canadian Blood Services.

Armstrong said since opening the plasma centre at the old location in August, more than 1,000 people have donated plasma. But there is still a big need for more.

“We do have over 1,400 appointments available in January so we would love to see more Sudburians, more people from the surrounding areas to come out and donate,” said Armstrong. “Plasma protein products are so important to Canadian patients. The demand is rapidly growing and the demand is four times greater than what we currently collect.”

While traditional whole blood donations are used for things like transfusions to treat injuries and illness, plasma is different. It's used to manufacture commercial drugs that can be used to save people struggling with difficult diseases.

People who were donating at the new location told CTV that they have been donating whole blood collection for many years, and it was easy to make the transition over to plasma.

“In January it’s my 100th donation, between whole blood and plasma and I have already pre-booked until April,” said plasma donor Bruce Totman. “It’s a feeling of accomplishment and a feeling of pride.”

Some individuals even say they prefer donating plasma compared to whole blood.

“With blood donation, I was absolutely wiped out after,” said donor Amanda Gagne. "I was very tired, very lethargic. With plasma donation, I feel better coming out than I did going in. They’re not taking the whole blood, they are just taking a part of it."

The Canadian Blood Services says women are able to give plasma up to 26 times a year, and men can donate once a week.