It doesn't get any more Canadian than the loon, a bird that is an iconic part of the northern Ontario landscape. But some people on Manitoulin Island say they aren't seeing them as much.

Ray Bernstein, who lives on the North Channel, said their absence has been a source of disappointment. 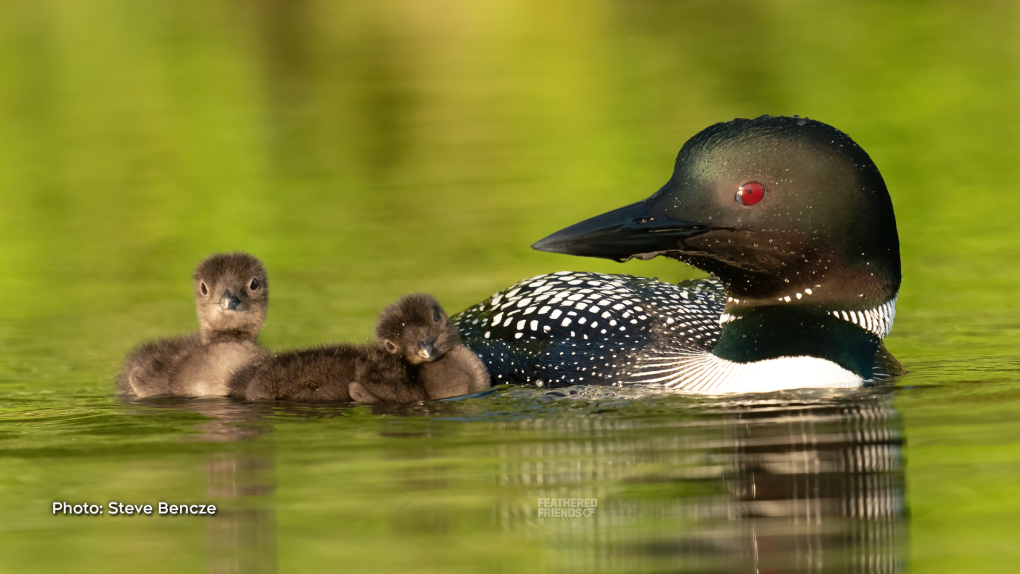 "Typically, we see loons here all year, like during the summer. And this year, we haven't seen any," said Bernstein.

A photographer by trade, he built his Little Current house 13 years ago. Bernstein said seeing the loons on his property is part of the charm.

"I don't think they're necessarily gone from the region, but they're gone from right here," he told CTV News in an interview.

"From my perspective, I'm hoping people aren't seeing very many right now because they should still be on the lakes," said Jones.

"There's only going to be one or two here or there."

Jones, who predominantly works on the Canadian Lakes Loons Survey, said loons are a long-lived bird and it's incredibly difficult to track the adult population.

Birds Canada knows there are fewer chicks and that has some people concerned.

"I think there's a lot of potential here for trouble (because) they are sensitive," said Jones.

Because they live so long, she said adults can keep producing chicks for many years.

"Then suddenly you may not have many adults left because the adults are not replaced because the chicks are not surviving," said Jones.

"We don't know the population level well – it's not something we can track. We just know there's fewer chicks."

Right now, the loons are producing enough chicks to keep the population stable.

"We need 0.48 chicks per pair per year to keep the population going and right now, we're still above that, just slightly," Jones said.

"But what's going to happen, right? So we still may have enough loons coming back, we just won't have a lot of extras."

Birds Canada said there are a number of things people can do to protect the birds. Ensuring you don't leave lead in the bush is a big one.

"If you can not only stop using lead tackle but engage your local stores to make sure alternatives are on the shelf. (Also) slow down on the water, so you're not interfering with loons and other birds on the lake."

Taking steps to ensure there's no soil erosion along your shoreline helps protect fish, the main source of food for loons.

"The loons won't be there if there are no fish," she said.

For those who don't live on the water, Jones said it's important to watch what you put into the watershed, including what you decide to wash your car with and any pesticides you use on your property.

It's advice Bernstein has already taken to heart.

"Especially the jigs. Forty per cent of loons die from jigs that they've swallowed, so I've actually taken them out of my tackle box and won't be using those anymore," he said.

Birds Canada said it's also looking for volunteers who are willing to help report and count the birds once spotted.