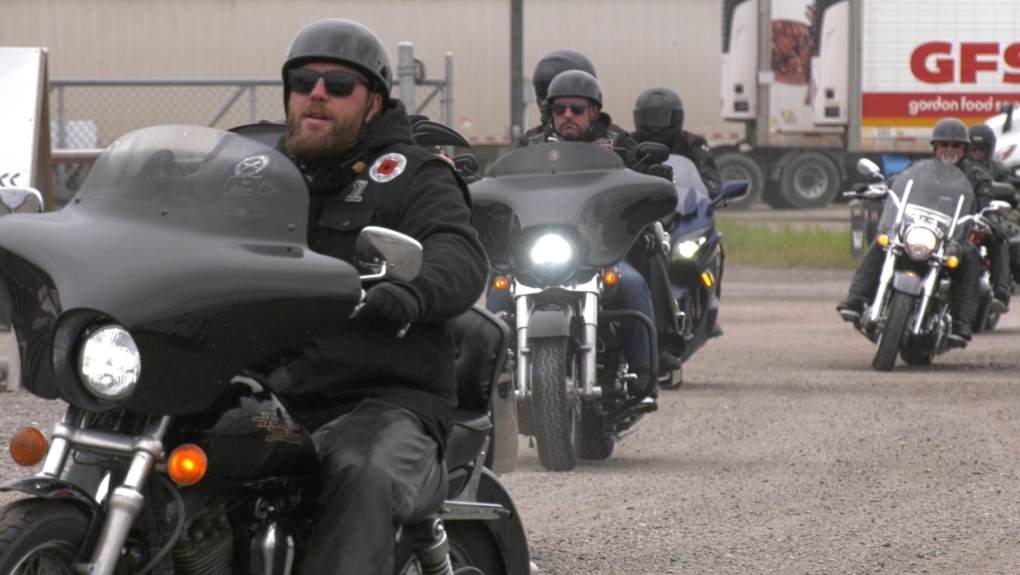 Bikers in Timmins rallied and rode in support of a local family who lost its house to a fire on July 26. The money they raised will help the family get the things it needs while it waits for the insurance money to come in. Sept.12/20 (Lydia Chubak/CTV News Northern Ontario)

TIMMINS -- People who like to drive motorcycles don't need much of a reason to head out on the highway, but if it's for a good cause, that's a bonus.

"A close and dear friend of mine recently had a house fire and lost everything. Lost clothing, pictures, you name it and they desperately need our help," said Gerry Cayen, member of Chapter 233 North of the Southern Cruisers Riding Club.

The family of three Cayen is talking about, lost its home in Timmins on July 26.

Father, Mitchel Lavigne, said it's good it happened in the morning and not when they were sleeping.

Since then, they've been making do, living in a camper.

"I'm in a position where I have no choice but to carry two mortgages. And I don't have any estimate yet as to actually how long it's going to take until the insurance pays us out."

The bikers want to help ease their struggle.  Some of them are members of Chapter 233 of the Southern Cruisers Riding Club.

Together with the Timmins ATV club, they said they threw this fundraiser together at the last minute.

"We didn't know if we were going to see five bikes or fifty. So we crossed our fingers and I'm really excited to be a part of it," said Cayen.

Their tour began at Guiho Saw Sales and Marine in the west end of Timmins and then headed to Matheson, Iroquois Falls and back.

"You know what, most bikers just love doing fundraisers. It's a way of getting together. It's a way of finding out other clubs around or other bikers around. It's just one big happy family," said Rick Marin of the Timmins ATV Club.

"All these fundraising for these bikers, it's really nice for us to be able to do that," added Vital Lanteigne, rally participant.

A fifty-fifty raffle and prizes were also part of the four hour event.

"It's almost a little bit overwhelming to be honest with you, said Lavigne.

“The support that we got from the community has been outstanding. We didn't expect it but it's come around tenfold."

A total of three-thousand dollars was raised to help the family get back on their feet again.