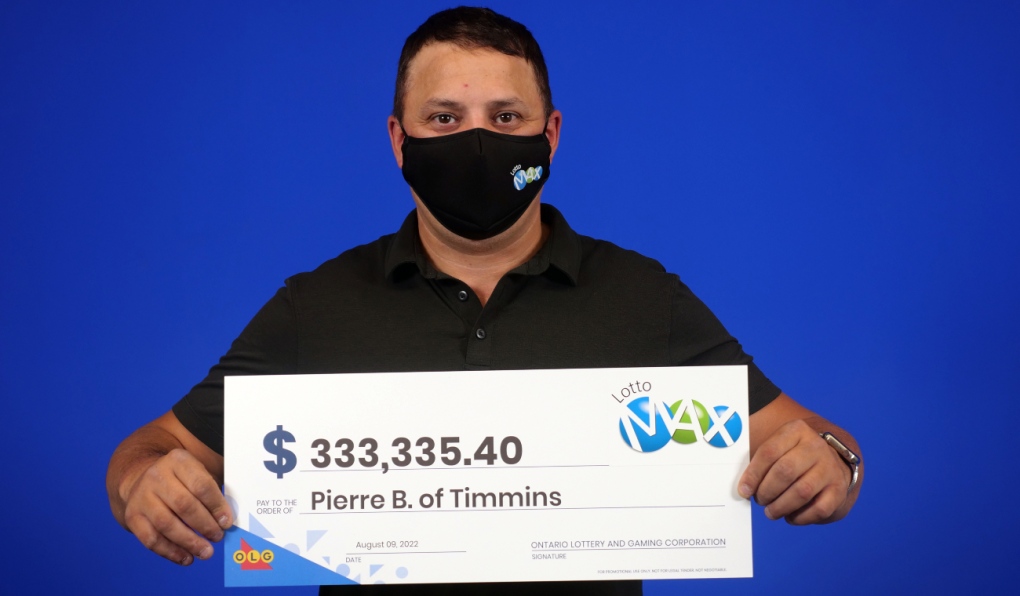 Pierre Beaucage of Timmins has won a MAXMILLIONS prize worth $333,333.40 playing LOTTO MAX on the March 29, Ontario Lottery and Gaming says.

The 43-year-old is a father of four boys.

He said his secretary checked the ticket for him.

“I was in a meeting and she texted me to tell me I was a winner,” Beaucage shared with OLG while at the prize centre in Toronto.

He plans to invest the winnings for his children’s future and to put them towards their education.

“She didn’t believe me at first,” said Beaucage recounting what happened when he told his wife.

The winning ticket was purchased at Petro Canada on Sheppard Avenue in Toronto.

LOTTO MAX is $5 per play and draws take place on Tuesdays and Fridays.

What kind of damages caused by Fiona will be covered by insurance?

Many residents of Atlantic Canada may not be able to access coverage for all the damages caused by Fiona due to a lack of insurance covering storm-related floods.

As scientists and environmental experts assess the damage left by Fiona, one of the Maritimes' essential ecosystems was severely hit and it could potentially take up to a decade to recover.

Cuban officials said they had begun to restore some power Wednesday after Hurricane Ian knocked out electricity to the entire island while devastating some of the country's most important tobacco farms when it hit the island's western tip as a major storm.

For those looking to buy an orange shirt ahead of Orange Shirt Day on Sept. 30, Indigenous designers are asking the public to make sure their purchase is actually going towards supporting the cause.

opinion | Naheed Nenshi: A moment that changed the fabric of this country forever

Fifty years ago, there was a moment that changed the fabric of this country forever, Naheed Nenshi writes in an exclusive column for CTVNews.ca. For arguably the first time, Canada extended its hand to refugees who looked different, who worshipped differently than most Canadians, but who needed help, the former Calgary mayor says.

Russia is poised to formally annex areas of Ukraine where it has military control after referendums there reportedly endorsed Moscow's rule.