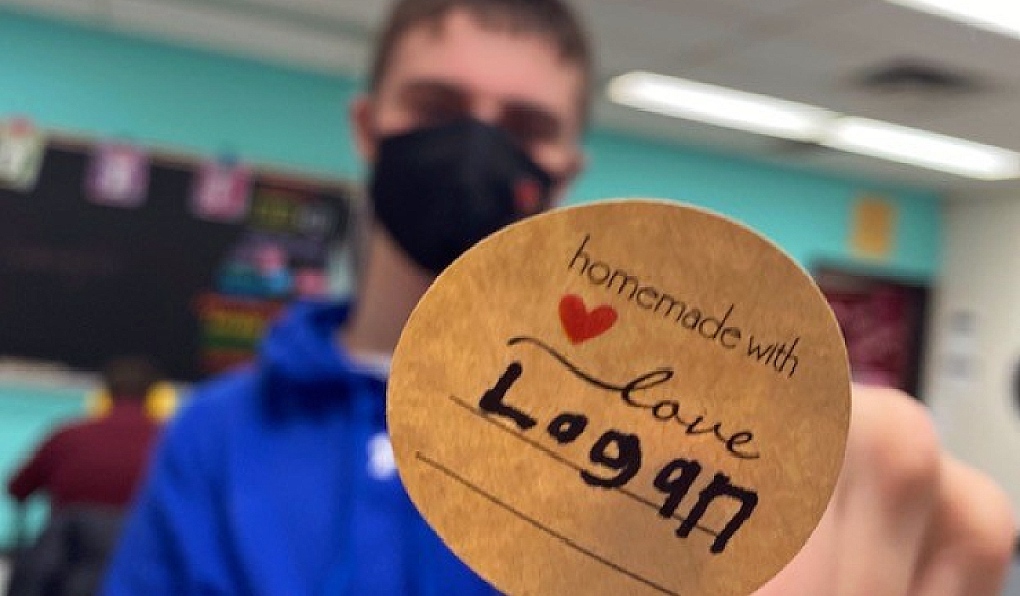 If you see a sudden surge of 'Be Kind' T-shirts around town, it's all thanks to a successful fundraiser by the life skills class at St. Charles College. They're hoping people will embrace the message and take it to heart during this time of COVID. (Photo courtesy of Meredith Allen, St. Charles College)

SUDBURY -- If you see a sudden surge of 'Be Kind' T-shirts around town, it's all thanks to a successful fundraiser by the life skills class at St. Charles College.

The class of 11 held a fundraiser for its programming and came up with the idea on their own. They were certainly surprised by the reaction.

"We had originally anticipated or were hoping for maybe 50 shirts to be sold, and we actually sold 550 shirts all over Canada and they even went international to Hong Kong and England," said teacher Meredith Allen.

Allen said the kids designed the shirt, made them, marketed them, sold them and shipped them all on their own.

While being kind is an important lesson for all of us, it also taught students at St. Charles some important vocational skills.

"March is actually special education awareness month and we wanted to create a project that was unique to our students and kindness is something that we really promote in our classroom," said Allen. "We thought it was an important message to share with the student body and the Sudbury community."

"It was like an assembly line," said educational assistant Jodi MacDonald. "They would fold it and we would say 'no, if you worked in a store, you'd have to do a good job', so they'd re-fold it and reroll it."

Students said they were pleased with the reaction they received about the shirts; some are even contemplating a life in retail after school. They've asked if they can resume once they're allowed to return to school.

"The process has been very crazy to say the least, but it was a lot of fun," said student Jamie Belyea.

"I really like delivering the T-shirts and seeing the customers react to how beautiful they are," said another student, Krystania Tocco.

Both say it's time and effort they don't mind putting in as long as everyone remembers to treat each other with a little bit of kindness.

Allen said they haven't ruled out resuming the 'be kind' class project they undertook. All funds raised are going to life skills programming.