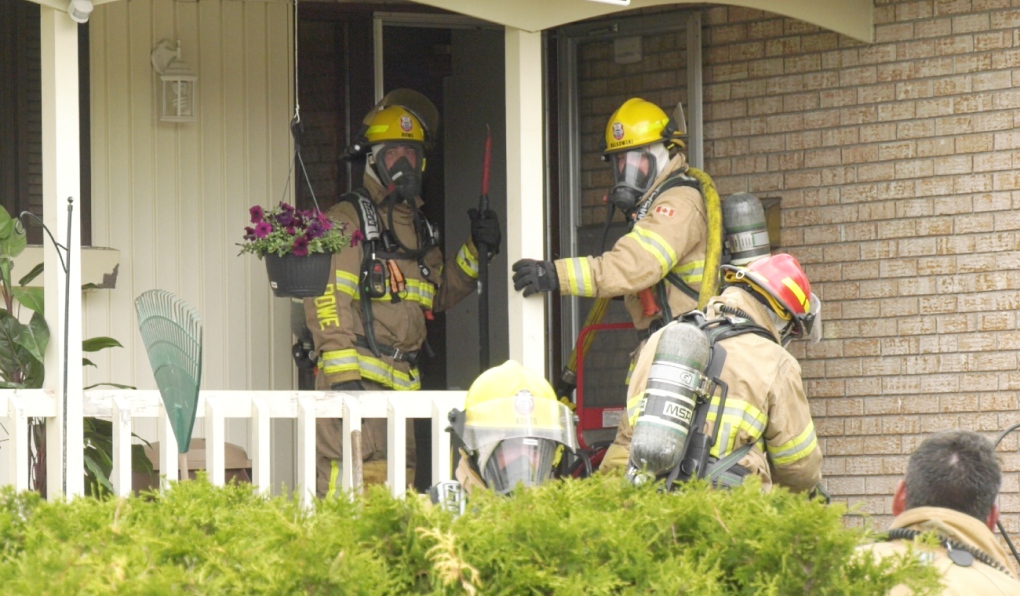 Three people were forced to evacuate after a home on Norman Avenue caught fire in North Bay on Tuesday. (Eric Taschner/CTV News)

NORTH BAY -- Three people were forced to evacuate after a home on Norman Avenue caught fire in North Bay on Tuesday.

Fire crews received the call around 11:30 in the morning.

"When crews arrived on scene, they had smoke showing from the basement, first floor and coming out of the eaves," said North Bay Fire Chief Jason Whiteley.

Firefighters were not able to get into the basement but ensured no one was trapped inside. The main section of the blaze was taken care of, and crews continued to search for small pockets of the fire.

"Basement fires are the hardest to fight because you're working above the fire, so you have to go through the heat to get to the scene of the fire and we were also impeded with the basement windows being all boarded up," said Whiteley.

It remains unclear where in the basement the fire started and what caused it to go up in flames, but Whiteley said the home suffered extensive damage.

Three people were inside at the time and were able to evacuate safely. One person sustained minor injuries while trying to get in.

Crews from North Bay Hydro were there to secure the scene and reduce the risk of electrocution while firefighters worked inside the home.

An investigation is underway, but fire crews do not believe it is suspicious in nature.