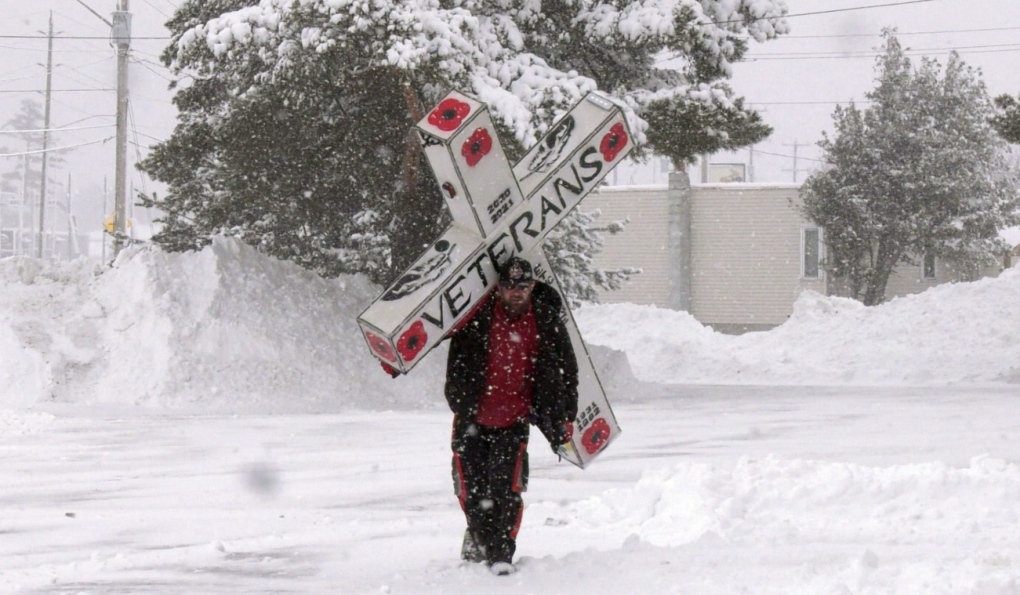 Warren Parke of British Columbia is carrying a large cross on his shoulders as he treks across Canada on foot to raise money for a number of causes. (Mike McDonald/CTV News)

SAULT STE. MARIE -- If you are travelling the highways of northern Ontario this weekend, be on the lookout for a man on a mission.

Warren Parke of British Columbia is carrying a large cross on his shoulders as he treks across Canada on foot.

Parke made his way into Sault Ste Marie on Wednesday night. He began his journey in December in Kelowna and has been carrying his cross for hours every day, resting when needed and driving stretches of road that are not safe to walk.

He is raising money and awareness for a variety of causes.

“First Nations, because there’s over 91 reserves without clean drinking water, I’m raising money for our veterans because I feel they are not asking for more than I can give,” says Parke. “I’ve got a few others on the list as well like mental health, autism, and cancer.”

Parke worked in the oil and gas sector in Western Canada before he was laid off due to COVID-19. He maintains a vlog on his Facebook page called 'The Old Man,' where he recounts his daily walk.

Parke is hoping to make it as far as Ottawa.