At least five people displaced after fire at Chelmsford 4-plex 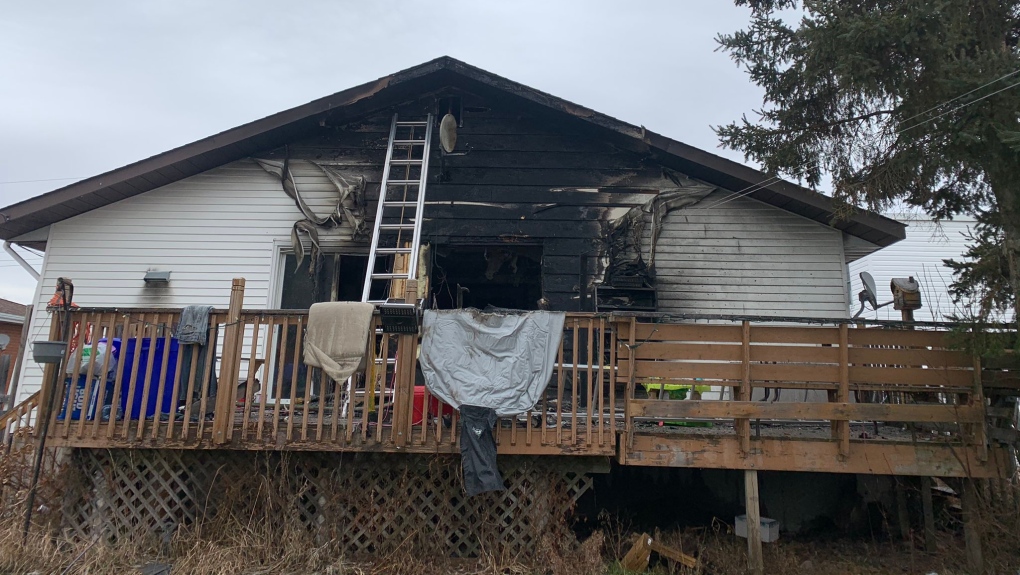 SUDBURY -- Sudbury firefighters worked quickly to contain a fire that broke out at a 4-unit residence in Chelmsford Tuesday afternoon.

Deputy Fire Chief Jesse Oshell said fire crews were called to Cote Avenue about 12:30 p.m. when residents noticed smoke coming from the back of a residential complex.

Oshell said crews from four stations, three volunteer crews and the one from downtown, arrived quickly at the scene and were able to get the blaze that was starting to spread into the roof under control.

The cause has not yet been determined but is not being considered suspicious. It started along the backside of the house.

Fire on scene Cote Ave in Chelmsford for a working fire. Occupants are safe. Please avoid the area. pic.twitter.com/SjD3JcIKPj

Oshell said at least five tenants have been displaced as a result and that two apartments have been significantly impacted by both fire and smoke damage.

Sudbury fire officials are working with the landlord and tenants to ensure they all have a place to go and that the units will be made safe.

The damage is estimated between $50,000 - $100,000 pending a full review of the extent and whether or not the building's utilities are impacted.

Oshell wants to remind residents as the colder months begin, be cautious around all fuel-fired appliances, especially while cooking or smoking.