As backlog piles up across northern Ontario, province says it is speeding up approvals for cannabis stores 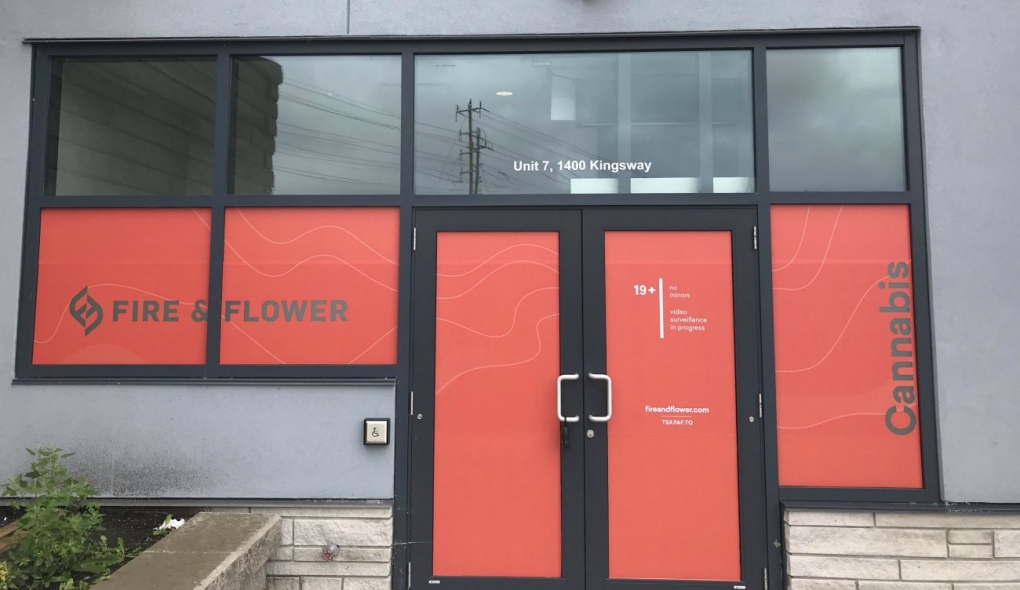 Fire & Flower has been waiting to open a cannabis retail store on The Kingsway for several months. Six stores are awaiting approval to open in the New Sudbury area, with another outlet waiting to open in the south end. Sudbury would have nine stores if all of them are allowed to open. (Darren MacDonald/CTV News)

SUDBURY -- The province says it's picking up the agonizingly slow pace of approving cannabis stores across Ontario, as the backlog of stores waiting to open increases.

As of Oct. 1, in northern Ontario alone there is a backlog of 15 applications in major cities, including:

- Seven in Greater Sudbury, where two stores are already open;

- Three in North Bay, where four stores are open;

- Four in Sault Ste. Marie, where two stores are open; and,

- One in Timmins, where one store is open.

Nadia Vattovaz is chief financial officer of Fire & Flower, which has been waiting to open a store on The Kingsway for several months.

Vattovaz said the delay in approving stores not only delays their plans, but boosts illegal sellers.

"The delay in processing licenses for new cannabis retail stores by the AGCO has allowed illicit operators in Sudbury to thrive without competition," she said in an email to CTV News. "It's well-established that an agile private industry is the most effective way to displace the illicit market."

With nine stores in the works for Sudbury – two in the south end and seven in New Sudbury – the city is shaping up to be the most competitive market for cannabis retailers.

An existing retailer – High Life on Marcus Drive– said they welcome the competition, but wonders whether the province's wide-open policy will put their investment at risk.

Eugene Konarev said they have made a major investment in their Sudbury store, and wonders whether a free market policy can work in an industry as heavily regulated as cannabis retailers are.

"Licensing was a very expensive, lengthy process," Konarev said, adding he wondered how many stores can survive in such a regulated environment.

"It's very difficult to predict."

He may soon have his answer. After announcing Sept. 1 it was speeding up approvals, the province said Sept. 28 it was doubling the pace to clear the backlog.

"The pace of cannabis retail store authorizations (RSAs) beginning this fall (will increase) from 20 to 40 per month," said a news release from the Alcohol and Gaming Commission.

"The AGCO is pleased to confirm that as of Sept. 28, it will move from issuing five to 10 RSAs each week. The AGCO has been directly contacting all affected retail store applicants to advise them of the change to the timing of the issuance of their store authorizations."

In total, the province has approved 194 store openings, with 173 stores currently open across the province.

"The AGCO continues to work with the Government of Ontario on opportunities to increase the number of cannabis retail Store authorizations that can be issued each month," the release said.

That's music to the ears of Vattovaz, who is aiming to open the Sudbury store by next month.

"We're encouraged by the agility the AGCO has committed to in processing licenses for new cannabis retail stores," she said. "We are working diligently and cooperatively with them to ensure our new Sudbury retail store opens by Nov. 1."