Another winter destinaton in Sault Ste. Marie announces it will not reopen this season 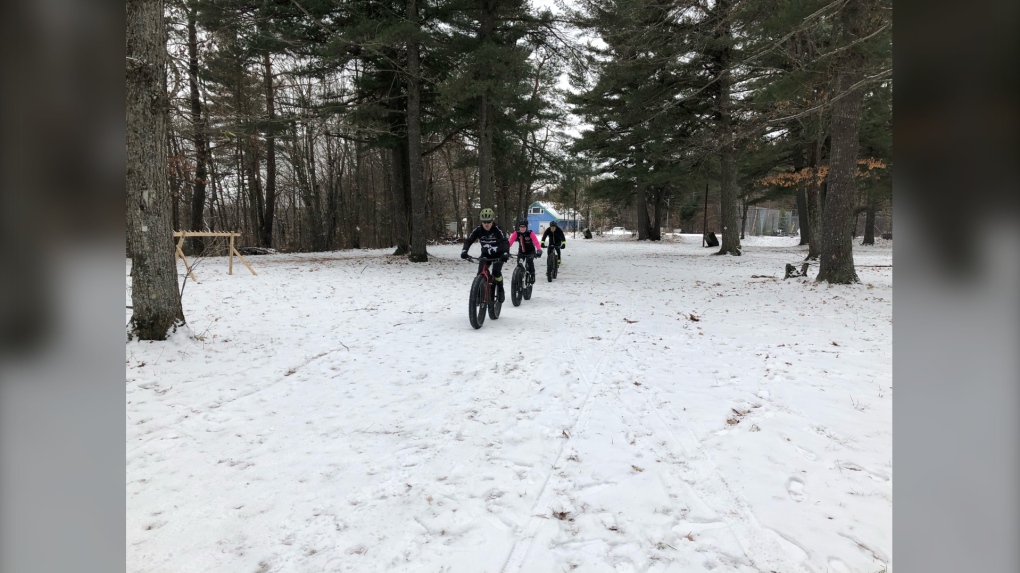 Stokely Creek Lodge has announced it won't be reopening this winter due to the impact of COVID-19 on its finances, mainly at the border. That leaves Hiawatha Highlands as the only real spot in Sault Ste. Marie for skiers and snowshoers to go to this year. Dec. 6/20 (Christian D'Avino/CTV News Northern Ontario)

SAULT STE. MARIE -- Another popular winterized activity spot near Sault Ste. Marie is joining the growing list of destinations that won't be reopening this year.

Stokely Creek Lodge has announced it won't be reopening this winter due to the impact of COVID-19 on its finances, mainly at the border.

"If we would open for our Canadian guests, despite these challenges, we would only have been able to book about on-third capacity," said Stokely Creek Lodge in a statement on its website.

The lodge said that's to enforce physical distancing amongst guests, while the ability to serve buffet-style meals would also not be possible.

"That would mean we'd need more staff to serve fewer guest, which on our narrow margins is impossible," it said.

Stokely Creek Lodge is a popular tourist destination for American travellers, mainly because it caters towards overnight stays.

With the Canadian-U.S. border shutdown, it’s lost a huge client-base.

Another popular ski hill, Searchmont Resort, announced earlier into that fall that it would not be making its own snow this year.

Instead, it said it is waiting for both the right natural snow conditions and the state of COVID-19 in the province before making a decision to reopen.

That leaves Hiawatha Highlands as the only real spot for skiers and snowshoers to go to this year.

"I think the only real changes for us this year are actually inside the building, otherwise, a part from asking people to socially distance, its mainly business as usual," said Tina Bowen, Hiawatha Highlands operations manager.

"Anything that is double tracked, side-by-side, of course we've now had to alter that as well."

"People are now just looking for something to do," Bowen said.

"We're fortunate enough as to not have those hurdles standing in the way, as the U.S. citizenship and whatnot, and not being able to come over here."

Bowen said the sale of season tickets has been put on pause, but there has been lots of interest over the last few weeks regardless.

Some of that has died down with the lack of snow, but she said she fully expects it to pick back up once that comes.