Another member of Trudeau's cabinet resigns 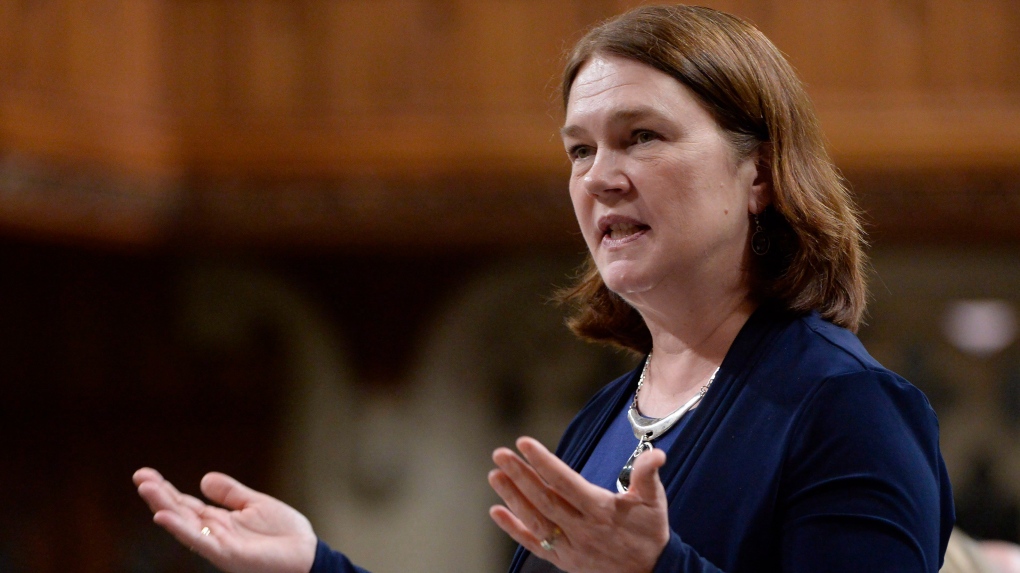 Health Minister Jane Philpott responds to a question during question period in the House of Commons on Parliament Hill in Ottawa on May 30, 2017. (Adrian Wyld / THE CANADIAN PRESS)

It's another blow for the Trudeau Liberals in Ottawa.

Philpott is the MP for Markham - Stouffville and currently serves as President of the Treasury Board and Minister of Digital Government.

She says she's resigning from her cabinet post because she's lost confidence in the government over the handling of the SNC-Lavalin affair.

February has been a tough month for Prime Minister Justin Trudeau's government.

First, Scott Brison announced his departure from the legislature at the beginning of last month and left politics all together.  Brison's leaving caused a cabinet shuffle.

Then shortly after, Canada's Minister of Justice and Attorney General, Jody Wilson-Raybould, resigned from her cabinet position. Wilson-Raybould alleges she and her office received 'consistent and sustained' pressure from senior government officials regarding the prosecution of SNC-Lavalin.

Butts has denied allegations that he or anyone in the Prime Minister's Office pressured Jody Wilson-Raybould to have federal prosecutors pursue a remediation agreement rather than criminal prosecution in the corruption and fraud case against the Quebec engineering and construction giant.  He will be testifying in front of the justice committee on Wednesday regarding the SNC-Lavalin affair.

Members of Parliament are currently at the start of a two-week House of Commons break and are due to return March 18.

It grieves me to resign from a portfolio where I was at work to deliver an important mandate. I must abide by my core values, my ethical responsibilities, constitutional obligations. There can be a cost to acting on one’s principles, but there is a bigger cost to abandoning them. pic.twitter.com/EwO5dtdgG6 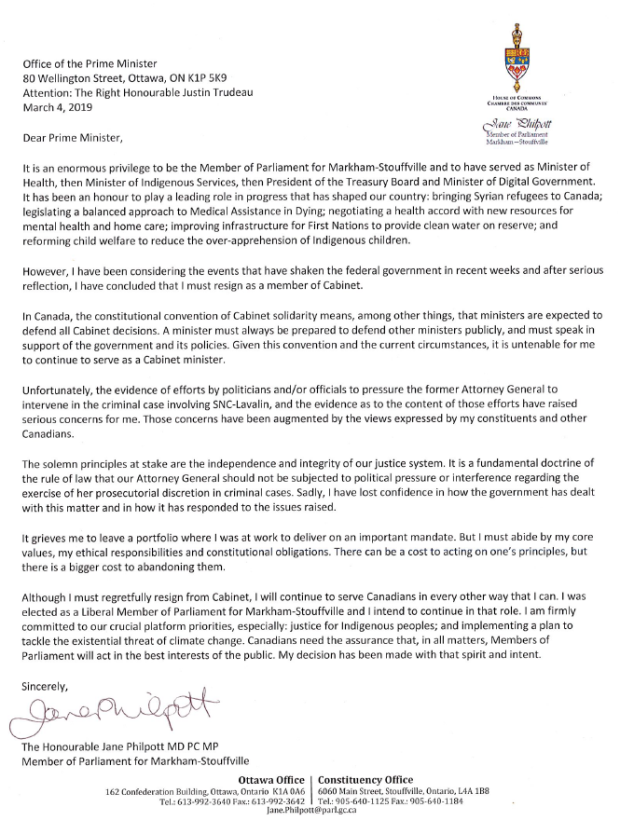