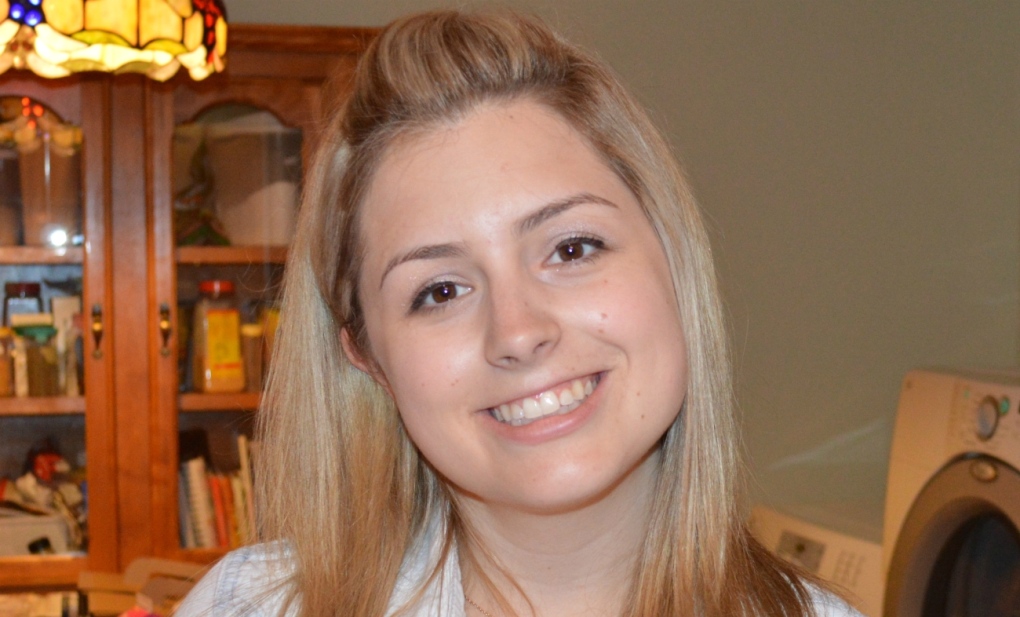 SUDBURY -- She may have missed her red carpet moment because of COVID-19, but former North Bay resident Lisa Barley says being part of an award-winning team on The Amazing Race Canada was a dream come true.

Barley and four colleagues (Michael Tersigni, Mike Scott, Matthew Walsh and Clare Elson) took home a Canadian Screen Award for the best editing for a reality show/competition, handed out in a virtual ceremony May 26.

Not many people get to attend red carpet ceremonies, and even fewer take home an award. So she was disappointed not to get to experience it -- while keeping things in perspective.

"I was so disappointed to not get to go to the Canadian Screen Awards!" she said in an email exchange with CTV Northern Ontario. "I’ve never been nominated before so this was such a huge deal for me.

"Honestly though, cancelling the event and doing it online was the best decision they could have made with everything that is going on with COVID-19."

Barley started out at Sheridan College, where she realized she wanted to work in the entertainment industry – but definitely behind the scenes.

"From there I got a couple of internships, then worked as an assistant editor until 2013," she said. "In 2013, I got the opportunity to edit and have been a contract television editor ever since."

Technical skills are obviously vital to become a successful editor, she said, but to get to the next level requires some intangibles.

"I would say creative skills are the most important," Barley said. "On a lot of shows, editors work with story editors to figure out the best way to tell the story."

Another key is making a good impression whenever you get a chance to work on a project.

"For a lot of shows when they are looking for a people, they ask their current colleagues if they know anyone," she said. "I’ve been put forward by a lot of awesome producers/editors/post supervisors etc. and I’ve also put people forward for things."

Before getting the Amazing Race Canada job, she had worked on Big Brother Canada. Both are produced by Insight Productions, and one opportunity led to the other.

"I was so ecstatic that they put me forward," she said. "It meant a lot."

Barley is limited in what she can reveal about how they manage to turn hours and hours of raw footage into an hour-long show. But she said it is as exciting as it is challenging.

"They film the contestants all day and then we work with the producers, story editors and assistant editors to get the story down to the hour show you see on TV," she said.

"It’s a lot of work and the people I worked with are all so talented. It’s a really big team that puts the show together and it’s something I’ve never experienced before. It’s really cool."

While much of the entertainment industry has been shut down during COVID, Barley said she was a bit lucky.

"I was working on 'Blown Away' on Netflix, (and) had just finished filming," Barley said. "Post-production can be done from home, so the last three months, I’ve been working from a home suite we set up in my basement.

"My contract is just wrapping up now though, so until things start up again, it’s going to be difficult to find work. I know a lot of people in the industry have been out of work."

While she now lives in southern Ontario, Barley said she has received a lot of support from family and friends still living in the north.

"Thank you as well to all my family, friends and the City of North Bay," she said. "I don’t think I’ve ever gotten so many phone calls, messages and Facebook comments in my life."