An actor from Sudbury gets his Cinefest debut in 'Lakewood' film 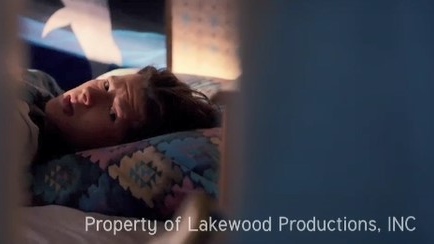 21- year old Colton Gobbo, a native of Sudbury, plays Noah in the film Lakewood. It debuts Friday night at Cinefest in Sudbury, but it's also available to watch online. (Lakewood Productions Inc.)
SUDBURY -

It'sq a great day for Colton Gobbo.  The 21-year-old actor from Sudbury makes his Cinefest debut in the film:  Lakewood.

“I never realized how big and how successful the festival is and I only realized it when I was sixteen or seventeen so to now have something that I worked on in it, is just surreal very surreal," Gobbo told CTV News.

Gobbo says his family will be in Sudbury to catch the proud moment, but Gobbo can't get away from work this time.  He's wrapping up a new show that's filming in St. John's, Newfoundland, but he says Lakewood will keep viewers on edge.

“It’s a thriller. I mean I worked on it, I read the script and even when I had first seen it at TIFF I was on the edge of my seat the entire time and everyone was in the same way; it was silent, there was so much breath being held.”

Although the film festival is held in Sudbury, the online option, makes it available to film buffs all over.

“This virtual space has allowed us to directly market Timmins, and Sault Ste Marie and North Bay and the response has been fantastic. Last year I’m going to guess around fifty per cent of our audience base was outside the City of Greater Sudbury and we’re seeing similar numbers again," said Patrick O'Hearn, Cinefest's managing director.

With the film and television industry booming in northern Ontario, events like Cinefest continue to showcase that work and inspire people to get into the business.

“As far as workshops go, as far as production companies and even just shooting; getting into background; working on a crew, there’s so much more happening so absolutely the North is blowing up," said Gobo.

Colton Gobbo took a chance on similar opportunities and now he's up there on the big screen.