Christina Emond has been capturing nature and wildlife in northeastern Ontario for more than four years as a hobby.

This week, she set up her Canon Rebel T7 camera with an 18 mm lens and a tripod on Murray Lake in Hagar, a small rural community east of Sudbury, and took a time-lapse video of the northern lights and Comet NEOWISE.

Using a slow shutter speed over two hours, she was able to capture the two celestial events in a 24-second time-lapse video.

Comet NEOWISE, C/2020 F2, is named after the NASA mission that discovered it, Near-Earth Object Wide-field Infrared Survey Explorer. It has caught the attention of stargazers around the world and is visible to the naked eye from dusk to dawn in the northern hemisphere. NASA says the comet will not be seen again for another 6,800 years.

Emond said the comet can be seen from about 10:45 p.m. to about 4 a.m. starting in the northwestern part of the sky as it moves east.

Her time-lapse also captured the aurora borealis, known as northern lights. In northeastern Ontario, the phenomenon is seen more as movement in the sky without the colour, however, the camera was able to pick up the various colours.

Northern Lights Centre describes the phenomenon as "bright dancing lights of the aurora are actually collisions between electrically charged particles from the sun that enter the earth's atmosphere."

On her way to the lake Monday night, Emond came across a curious moose calf that was walking along the dark rural road. She said she could hear the mother in the bush.

Watch the video of the adorable moose calf as it saunters around a dark, rural northern road. When Christina, a former hunter, makes a moose call, it catches the young animals attention.

In an interesting coincidence, the night she took the picture of a lifetime, it was her late husband's birthday.

"I know he was there helping me on this one," said Emond.

The amateur photographer said she has really grown connected to nature through her experiences and has gotten rid of her hunting firearm. Some of her photography is even being featured at a furniture store in Markstay. 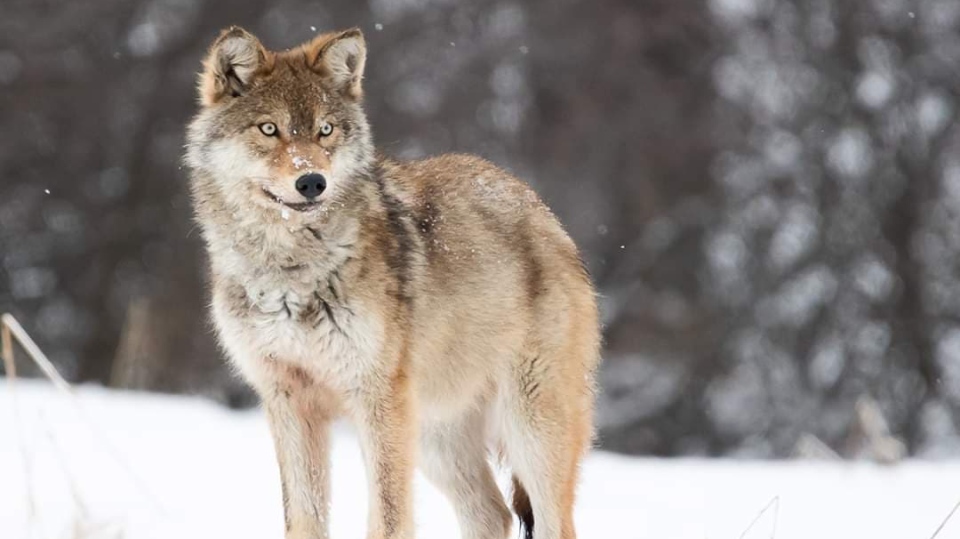 Her favourite encounter is with a wolf she came across that caught her attention during one of her daily photoshoots. She said she saw the animal out of the corner of her eye as it was eating snow on a beautiful winter day. They observed each other calmly at a distance and she was able to capture several spontaneous images. 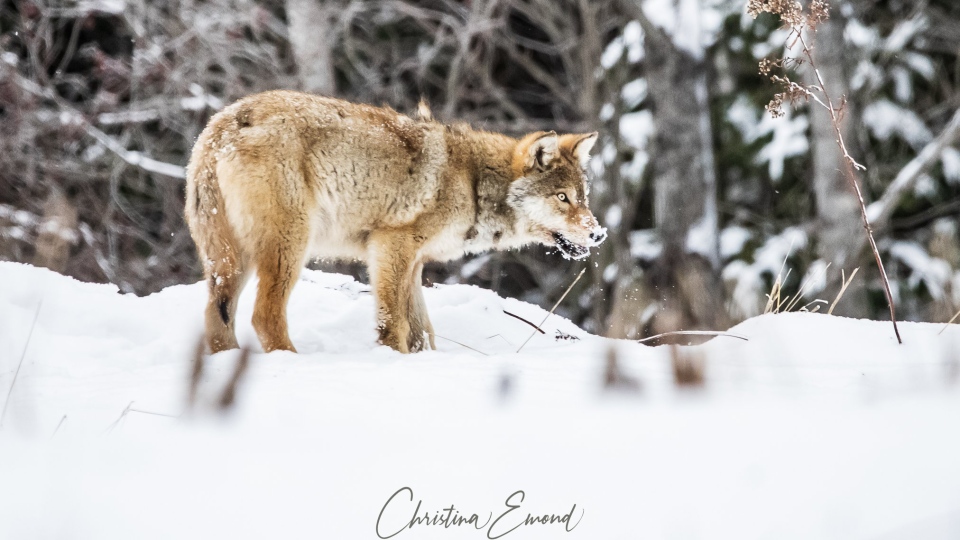 She said she is very careful around wildlife and if she notices any signs of aggression, she leaves them alone and gets away quickly and calmly.

Another memorable experience was she recalls is when she encountered a lynx on a local rural road and was able to walk behind it for a short period of time. For wildlife and nature images she uses a Sigma 150mm lens and tries to get out in nature every day. 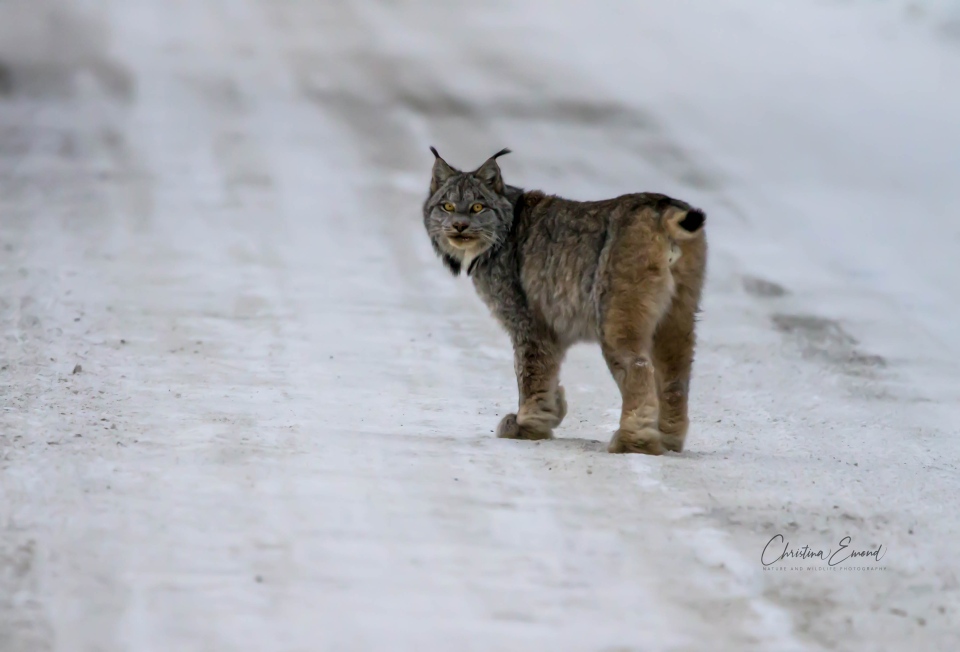 The self-taught photographer said she takes 200–800 photos in a sitting and has learned a lot from local photographers Allison Currie Beaulieu, Ray Thoms, and Gerry Gooderham.

Emond said she brings her camera everywhere with her and is always ready to capture the moment in front of her.

The colourful photo was taken on July 13.

"Just used lightroom to pull some of the shadows of the foreground, didn't alter the lights or comet at all," said Luhtasaari.