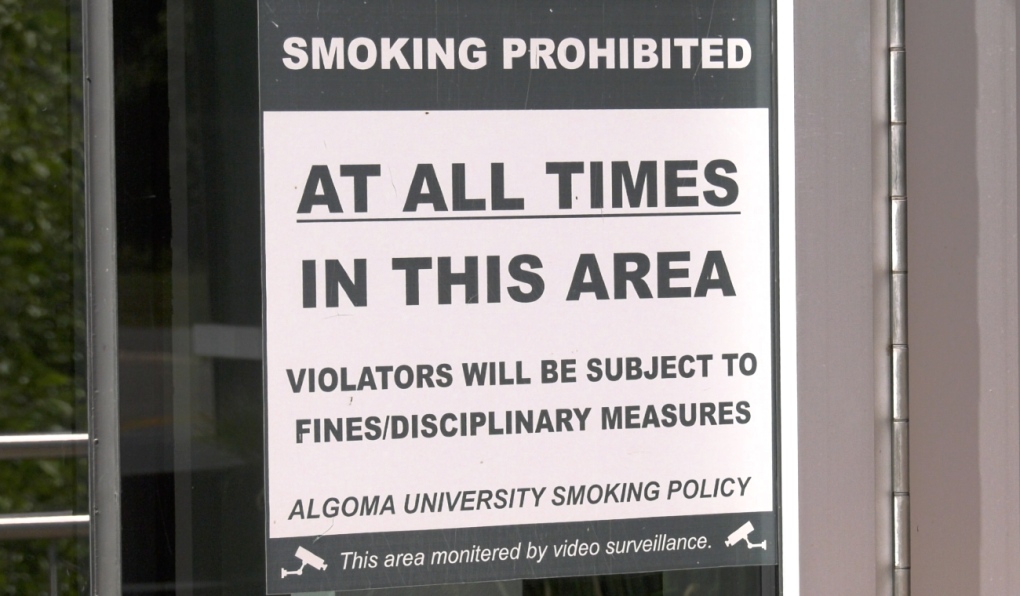 As of Sept. 1, smokers will have to leave university property to light up as Algoma put in place a complete ban on smoking and vaping.

There are no designated smoking areas to be found on the university grounds. Officials said they have been working toward a complete smoking ban for some time.

The smoking ban covers staff, students and visitors. Pringle said the burning of tobacco for ceremonial purposes is still permitted. And she said there will be an education phase to bring everyone up to speed on the new rules.

"If we see someone that is smoking on campus, the first step will be to remind people (that) we're not allowing smoking on campus anymore," she said. "Security will be patrolling the areas and will be enforcing, just like they would anything else, like parking illegally and any other thing security would typically enforce."

"We totally understand the school's thought behind it," said van Weerden. "Creating a smoke-free campus, improving the air around the campus, helping the student body around you."

However, van Weerden said it remains to be seen how students will react.

"I do know that this coming Saturday is moving day for students on campus, so I think we will then see more how students are adapting to a new policy like this," he said.

Laurentian University in Sudbury and Nipissing University in North Bay still allow smoking and vaping in designated areas on campus. A spokesman for Sault College said designated smoking areas have been closed since the beginning of the pandemic, with no plans to reopen them this semester.