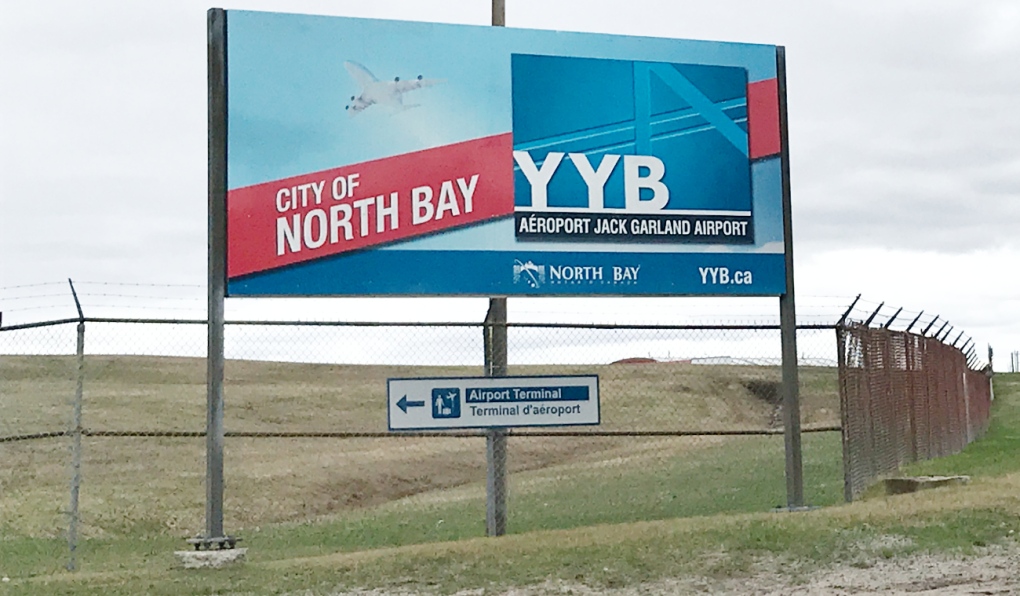 Following an agreement with the federal government, Air Canada has restored services to the Jack Garland Airport in North Bay. (Alana Pickrell/CTV News)

NORTH BAY -- With a $5.9 billion aid package on the table, Air Canada and the federal government have reached an agreement to bring air services back to the Jack Garland Airport in North Bay.

“We lost Air Canada due to the pandemic because flights just cratered, but now with the federal government making a deal with Air Canada, one of the stipulations was that they needed to return service to the regional airports and to be honest this is a good news story for us,” said North Bay Mayor Al McDonald.

“The whole idea here is if you know you have an airport that will start off your trip you don’t have to drive 3.5 hours,” said Nipissing-Timiskaming MP Anthony Rota

“What’s happening is people from the large cities, such as Toronto or Ottawa, are realizing they don’t have to live in the city to function and that’s something that COVID has brought to us and we have to take full advantage of that and let people know that they can live in a place as beautiful as North Bay and northern Ontario.”

It will make travel easier for leisure use, but McDonald said it will also create significant growth in the city.

“What we were hearing from the aviation companies is they need a viable airport and they need to be able to get people back and forth," he said. "So one we’re going to see expansion in that sector … Secondly, the mining sector is doing well, but they need to move their people around, too."

There are several conditions that come with the financial aid, including refunds to Canadian travellers who had to cancel tickets due to the pandemic, maintaining current employment levels across the country and restrictions to ensure the money is going into operations.

McDonald said there are more than 500 employees that work at the aviation business at the airport and 65 mining companies who rely on air services in the area.

“The aviator, the mining sector and the government positions use travel quite a bit,” he said. “So those sectors alone make a huge difference in our city and they need to travel. So if they didn’t have air service we more than likely would lose some of those jobs or not even get more of those jobs if the airport wasn’t open.”

Although a significantly challenging year for the Jack Garland Airport, McDonald said the airport fared better than expected and didn’t require $1.3 million council set aside to help.

“They did access about $600,000 from the safe start from the province, which is very much appreciated, but they were able to get through this pandemic without really touching the money that city council put aside for them,” he said.

The money will now go back into city reserves.

With Air Canada committed to returning once it is safe to do so, officials are hoping to have planes taking off again by June.

“A lot of work has gone into this deal,” said Rota. “Everyone coming together really made a difference in this and there was a loud voice from the area to make it come back and I am very, very happy with the results.”