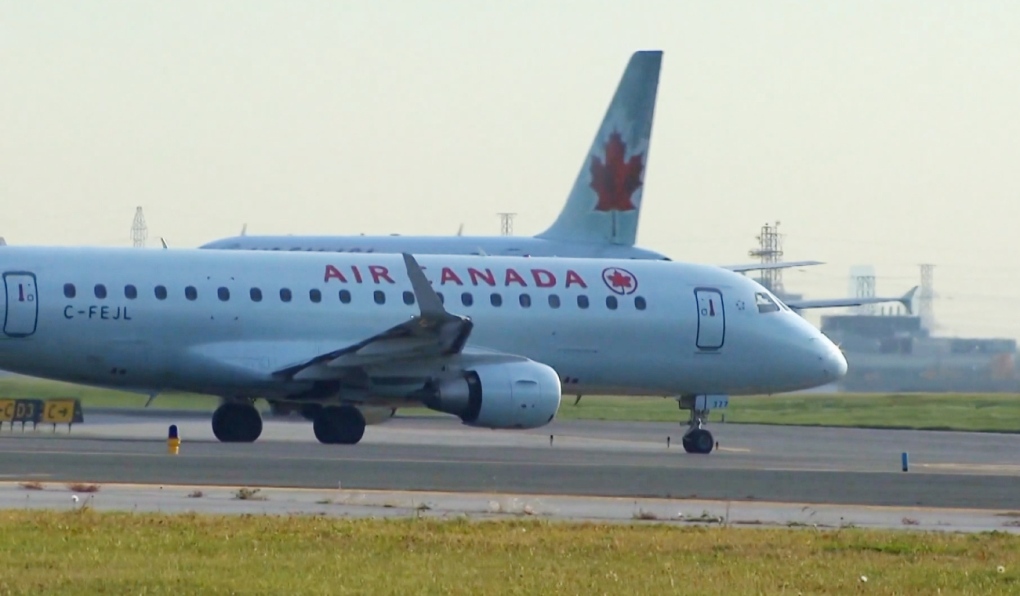 Air Canada is changing the way flights will be arriving and departing out of North Bay’s Jack Garland Airport. (File)
North Bay -

Air Canada is changing the way flights will be arriving and departing out of North Bay’s Jack Garland Airport.

In a statement to CTV News, the airline confirmed it will temporarily reduce its North Bay-Toronto service to one flight daily, except on Wednesdays, where there will be no flights.

“As we have since the start of the pandemic, Air Canada continues to evaluate and adjust its route network as required in response to the trajectory of the pandemic, government-imposed travel restrictions and quarantines, regulatory requirements, and the impact of these factors on overall demand,” the airline said in an email.

In March 2020, Air Canada put a temporary halt to service between North Bay and Toronto and then indefinitely suspended it a few months later. Air Canada then flipped the script last June and returned to run two flights a day.

“It’s not Air Canada’s fault, not North Bay’s fault, not the fault of the passengers of North Bay because there’s still people that want to travel,” said Jack Garland Airport Manager Jack Santerre.

“The airport is still moving along and moving passengers. It’s the continued lockdowns.”

“This is not unique to North Bay,” said Santerre. “It’s similar across northern Ontario and across the country.”

Before the New Year, the airport was seeing an uptick in passengers arriving and departing and the airport was anticipating airlines to boost services up to three flights a day.

“I believe this will be a short delay in the road back to recovery,” Santerre said. “After the first quarter of 2022, we’re hoping just like everybody else that the pandemic settles down.”

Santerre is calling on government officials to be more supportive of the aviation industry so it can bounce back to what it was before the pandemic began.

Quebec ready to vaccinate against monkeypox as soon as Friday, with 25 confirmed cases

Quebec says it is ready to vaccinate people who have come into close contact with monkeypox as soon as Friday.

Texas shooting: What we know about the victims

Amber Heard told jurors on Thursday that she faces online harassment and death threats every day over her claims that ex-husband Johnny Depp abused her before and during their brief marriage.

Oscar-winning actor Kevin Spacey has been charged with sex offenses including assaults on three men following an investigation by police in London, Britain's Crown Prosecution Service (CPS) said on Thursday.

The inquiry into the 2020 mass shooting in Nova Scotia is hearing Thursday from a retired senior Mountie who has been granted special accommodations to ensure he is not re-traumatized by having to relive the tragic, 13-hour event.

Patricia Tomasi, the co-founder of the Canadian Perinatal Mental Health Collaborative, is raising awareness on postpartum psychosis and how new moms can find support.