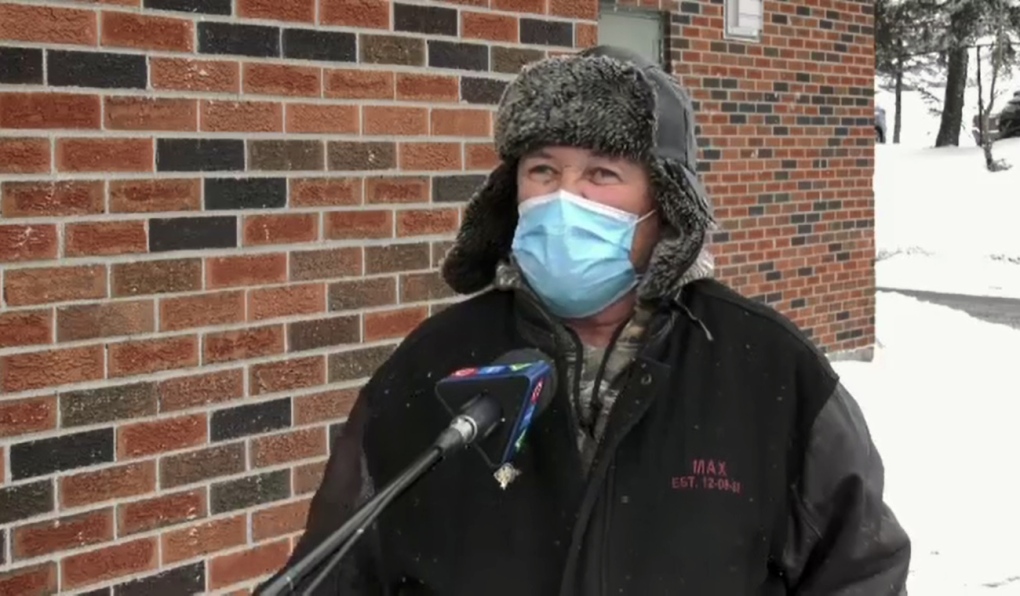 John Degagner has been living at The Towers apartment building on Paris Street for three years now. Lately, he said he’s fed up with people not wearing face coverings where it’s mandatory. (Photo from video)

SUDBURY -- After multiple complaints, bylaw officers in Greater Sudbury are cracking down on tenants who live in city housing to make sure everyone is following safety protocols.

After the recent COVID-19 outbreak at a North Bay apartment building that claimed the life of a 75-year-old man, some tenants in a Sudbury housing unit are concerned the same thing is going to happen in Sudbury.

John Degagner has been living at The Towers apartment building on Paris Street for three years now.

Lately, he said he’s fed up with people not wearing face coverings where it’s mandatory.

“Some people are running around without masks because they aren’t getting the message," Degagner said. "I’m seeing people coming through the lobby when I am picking up my mail and in the elevator. It’s obvious the message is not getting through.”

Degagner said he doesn't want the same tragedy that happened in North Bay to happen in his apartment building.

“One ex-OPP officer is dead, because of people not thinking about other people. Nobody has the right to jeopardize somebody else’s life,” he said.

Degagner said tickets need to be issued for those who don’t obey the rules, and he said he hasn’t see bylaw officers at the apartment building as often as he would like. But city officials say they are there every single day.

“We do patrols throughout the entire building, looking for a variety of things,” said Brendan Adair, Greater Sudbury's manager of security and bylaw services.

Adair said mask wearing is one of the things they look for, adding education is key for those living in apartment buildings.

“As much as you and I know about those rules, there are cases where people just really don’t understand where it applies," he said. "Some people might think once they get into their apartment building, they don’t have to.

“Requirements are within any indoor public space, a mask covering is required. So for example, places like laundry rooms, elevators, as well as common hallways, you are required to wear a mask minus any medical exemption.”

Adair says the fine for not wearing a mask is $880.