Hockey tournaments look a bit different for the Moose River Attack than they do for most minor hockey teams.

Just this weekend, the team of nine and ten year olds from the James Bay Coast, including Moose Cree, Moose Cree First Nation, Moosonee and Moose Factory, travelled by helicopter, then train and then in the car to get to a tournament in New Liskeard. 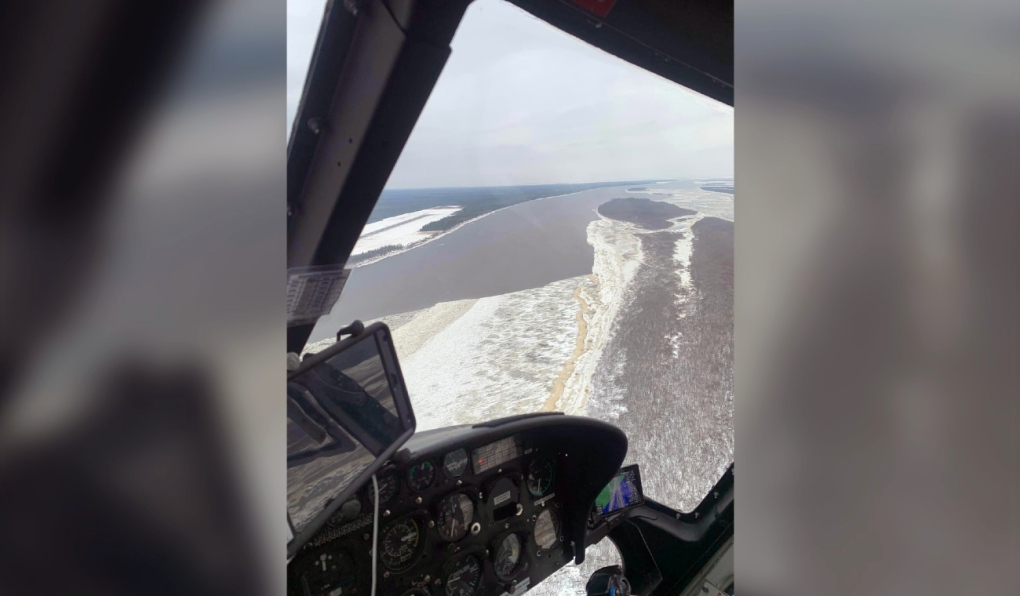 The player's view of Moose Cree First Nation from their helicopter on the first leg of their journey to a Cochrane hockey tournament. (Photo courtesy of Brenden Biedermann)“It’s a two mile helicopter ride and that takes three or four minutes," said Brenden Biedermann, the coach of the team.

"From there, we go to the train station, ride on the train for five hours. Then we get to Cochrane, that’s where we connect to the rest of the country via road I guess… New Liskeard from Cochrane it’s about a two hour drive."

The team has also travelled to Timmins and Sudbury this season. 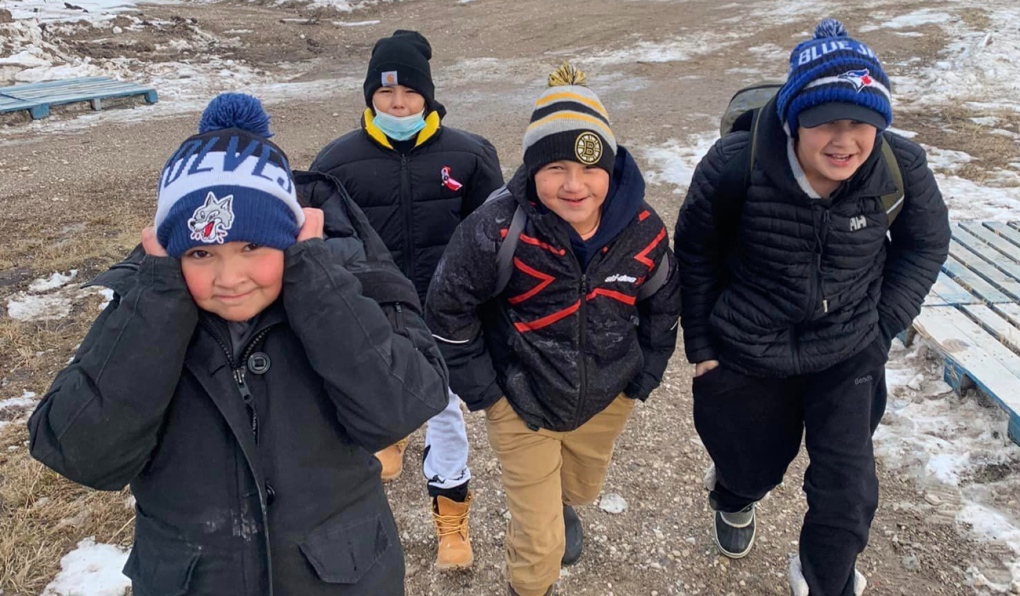 Moose River Attack players on their journey to a hockey tournament. (Photo courtesy of Brenden Biedermann)What is usually a two to three day tournament turns into a five day get away for the Attack, adding quite a few more expenses to the trip.

“We’re having to spend two extra nights in a hotel room, that’s two extra days of eating out," said Biedermann. 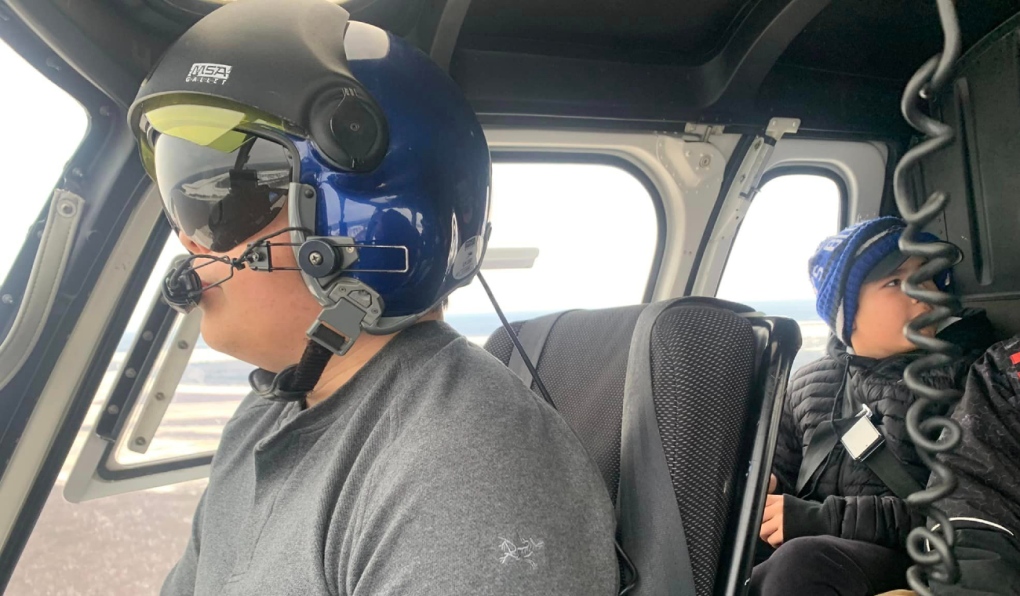 A helicopter pilot preparing to transport young hockey players from the James Bay Coast on step closer to their next game. (Photo courtesy of Brenden Biedermann)While travelling for tournaments is one thing, the team also has to get creative when finding ways to get to practice.

“Before all the ice and snow came, we were travelling with a frontier canoe across the river," the coach said.

"Next week, we are going to use a snow machine. We will load up the ski-doo here, with the toboggan, put my daughter on, I’ll drive and go over to have a practice with her teammates.”