A 30-year Christmas collection comes to life in Timmins 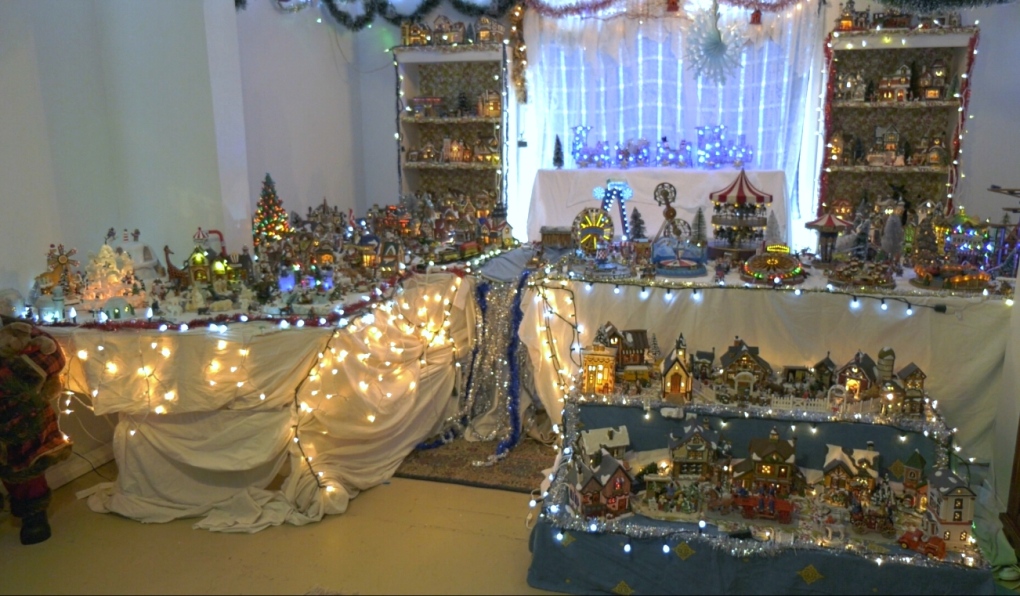 TIMMINS -- Views about when to decorate for Christmas differ, but a man in Timmins said he started early this year as a way of coping with the pandemic and his mental health.

Sylvin Lacroix is a collector of hundreds of assorted Christmas villages, electric carousels and figurines.

He and his wife began to develop their Christmas village with three ceramic homes. Over the decades, they've created three main areas: the North Pole and Santa's Village; a city centre; and an amusement park.

"It represents Christmas that we don't see anymore, I think," said Lacroix. "And it's just very nice. It's like having a big ornament in your house."

All the figurines and collectibles bring back good memories of when they were purchased on family vacations or when he received them as gifts.

"To me they are alive," he said. "You know, they're part really of this village-- I'm gonna call Lacroix's village--and part of what we are as a family."

Lacroix has more decorating to do, inside and outside of his Schumacher home, because he said it's good for his mental health, especially during the COVID-19 pandemic.

"I've been fighting mental health issues all my life and of course, decorating, it's happiness and yes, I think it will help a lot of people with their mental health issues and," he said. "This year, I think people are starting early to enjoy it more, to have a change in their pace and their way of thinking."

A Timmins psychotherapist agrees with Lacroix and told CTV News that decorating is an excellent mood booster.

"While they put the decorations up, they're doing something that elevates dopamine on its own," said Jeff Baldock, with Framework Counselling. "A lot of times, people have decorations they've had for years, maybe they've been passed down and they've decided by putting them back up, they can feel that much more in touch with their community … and then that alleviates isolation, which alleviates stress."

Baldock said if there happens to be something about the Christmas season that triggers negative emotions for someone, he said beginning new traditions can help.