65 years of television in Sudbury 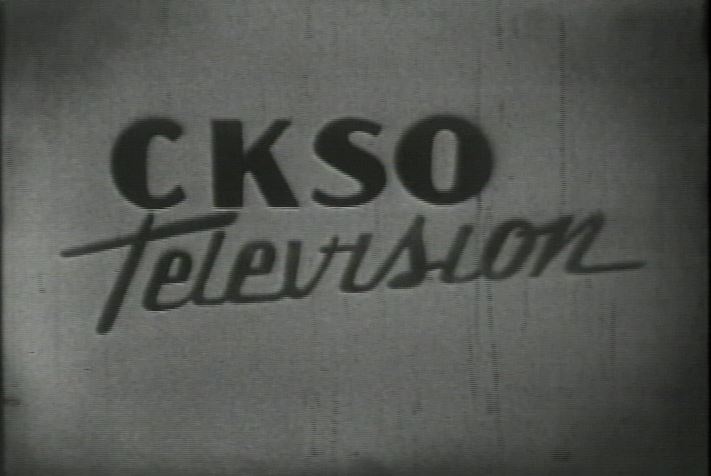 Sudbury holds a very unique record. It is the place where the first privately owned television station was built, called CKSO, the ‘SO’ in the call letters standing for Sudbury, Ontario.

In the 1950’s, life was just starting to return to normal. The war was over; people were back in the regular routine of work and play, and the baby boom was in full swing. Wives generally stayed at home, and a dinner party was the biggest form of entertainment. Radio programs such as the soap opera and Masterpiece Theatre, we big too. And everyone spent the weekends at the movies, with double creature features for the kids during the day and a thriller for the adults at night.

Then along came television, the ‘picture in the box.’

At the time, there were already three publicly owned television stations in operation: one in Toronto, one in Ottawa, and the other in Montreal, all carrying CBC programming. Then along came Wilf Woodill, general manager of CKSO Radio. He got a few backers: lawyer George Miller, Judges Cooper and Bill Plante, and formed CKSO Television.

When they submitted their application for the station, the governing body in charge laughed because the salaries of the employees were a mere $20 to $40 a week, a time when the minimum wage was $0.75 per hour. But the crew wanted to make it work, even if it meant no pay, and the company finally got its license. However, London got its license on the same day, so the race was on to be the first private broadcaster.

Technicians and on-air staff in Sudbury worked together to help paint the studio, put in the cameras, and do anything to be the first to air. Sudbury ended up going to air three days before London, earning the title of the first privately owned broadcaster.

The first show broadcasted was the INCO News with Davidson Duncan with weather by Judy Erola. Also every news station had to be rebroadcast in French, so that job went to Rene Levesque who later became the premier of Quebec. That first show was broadcasted with only 2.2 kilowatts, today it is 30 kW.

On the first night on the air, the Steelworker’s Hall got a 30-inch television set, which was enormous in those days, and it came on loan from RCA. They put it on the stage and people in the city were invited in to witness history in the making, and the place was full.

Basel Sculley, another news announcer, came on and introduced George Miller and the transmitter went out after only four seconds. Sculley figured out what went wrong, repaired the transmitter and they were back on the air 20 minutes later.

It is easy to imagine the impact the station made on the lives of people then. At the time, only 25% of the people in Canada had television sets, and in just one year, that doubled to 50%, then to 75% a year later. And this was well before the introduction of colour TV.

At the time, nobody knew what to do on television. They only had radio experience and there were no manuals to teach anybody, so they created programs like “The Wives Time, Juvenile Jury, Kiddies on Kamera,” where you could get your child on TV, but there was nothing else to compare it with because no other signal came into Sudbury.

To generate revenue, the on-air staff was asked to sell products during the shows in order to make money. And because there was only one camera at the time, the cameraperson would move the camera in closer for the commercial and then roll the camera back for the show.

In order to fill the required amount of time, they had to get creative, so sometimes they would film goldfish in a tank or the slag dump, but people loved it.

The number one show was the Inco News, which was only 15 minutes long, but was followed by sports and then the weather, which provided the humour of the night, as Sculley and Erola would dress in costumes and perform skits while giving the weather, and at one point there were puppets on the show too.

CKSO was Sudbury’s only television station until 1971, when it became CICI and CKNC moved into the area and joined the company. A building at 699 Frood Road was built and later became the permanent home for CKSO and CKNC.

The station is still in operation today, under the CTV call letters, previously known as MCTV.

CTV Northern Ontario currently broadcasts 19.5 hours of live, local content each week.  The newscasts at noon, five, six, and 11:30 are broadcast from the Sudbury studio, complimented by reporters in North Bay, Sault Ste. Marie, Timmins, as well as Sudbury.

With the development of technology, our audiences can also get their news online through our website and social media.

Thank you for watching, it has been a pleasure serving you!

What do you think the news will be like in another 65 years?