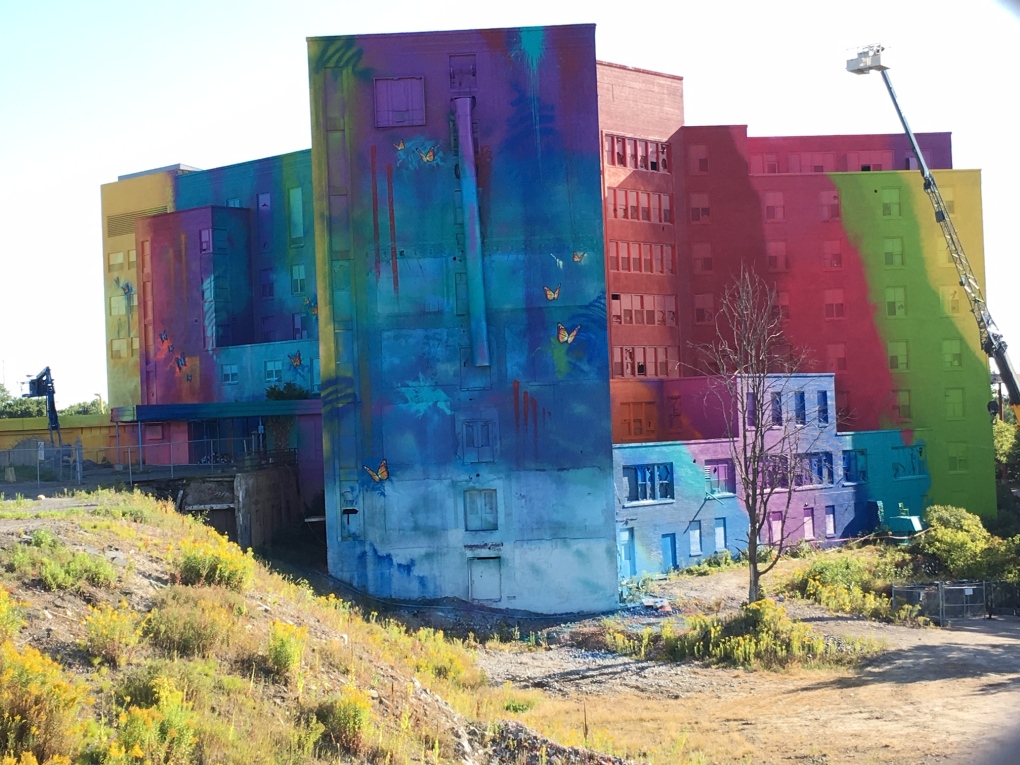 “We left the site here around midnight, and around 8:00 a.m. we realized that the locks were cut. There’s about two or three locks that they had to cut to get through.” said Christian Pelletier, co-founder of Up Here Festival.

After counting the inventory, artists realized four paint spraying machines were stolen from the site, as well as many other smaller items.

“It’s just deflating because you’re excited to get something done, you miss a day and it loses momentum. But by the end of the day, we pick back up, we work late into the night and make up for it.” commented Kelly Gravel, an artist for Up Here Festival.

According to Graval, this wasn’t the first break.

“The first time we got here, they had done the same thing, and we lost some of the equipment but were able to work that day.”

The artists say as shocked as they were, it’s all behind them now.

After 12 days of work, the mural will be complete as of Tuesday morning, August 27.

Pelletier says the mural “adds magic… it adds wonder to the city.  People want to live in a place that they feel is unique.”

Those involved say they went through more than eight hundred gallons of paint, and roughly one hundred spray cans were used.

The Greater Sudbury Police say this incident is being investigated, and are asking anyone with information to come forward.