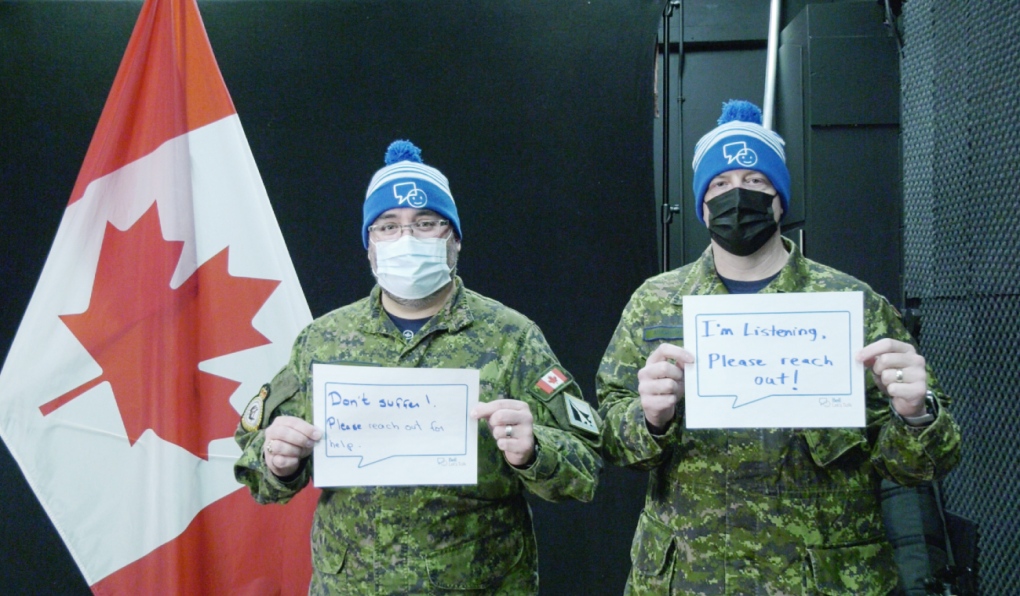 Defending Canada’s skies can be a daunting and stressful task. Mix in a global pandemic and there’s even more pressure on the men and women stationed at 22 Wing/Canadian Forces Base. (Eric Taschner/CTV News)

Defending Canada’s skies can be a daunting and stressful task. Mix in a global pandemic and there’s even more pressure on the men and women stationed at 22 Wing/Canadian Forces Base.

“We do a 24/7 mission around the clock here and for my role, it’s very important for the people that are on the operations floor to be supported,” said Acting 22 Wing Chief Warrant Officer Craig Adamson

To help those who serve our country with their struggles, the base’s virtual mental health expo featured messages of support from local figures, as well as information regarding on- and off-base mental-health support and information.

The expo started on Monday and runs until Friday and is being broadcast on the 22 Wing Fitness and Wellness Facebook page.

“We have our base hospital with members from 31 Health Services Centre at detachment North Bay that’s compromised of physicians, mental health personnel and we also have a chaplain,” said Acting 22 wing commander Lieutenant-Colonel Martin Roy.

For Roy, mental health awareness means a lot. He was stationed in Afghanistan in 2009 when he had to help a young private who was trying to cope with trauma.

“At that time, I had to come forward and give him some assistance and with my other subordinates, we were able to work as a team to get him the assistance he needed,” Roy said.

The base has health services on standby, ready to listen if people are struggling. 22 Wing/CFB has what’s called the ‘Sentinel Program' in which base personnel can be trained to be there for their colleagues for extra support.

Lead officers are encouraging crewmates to seek help if needed and promise they will do what they can to provide support.