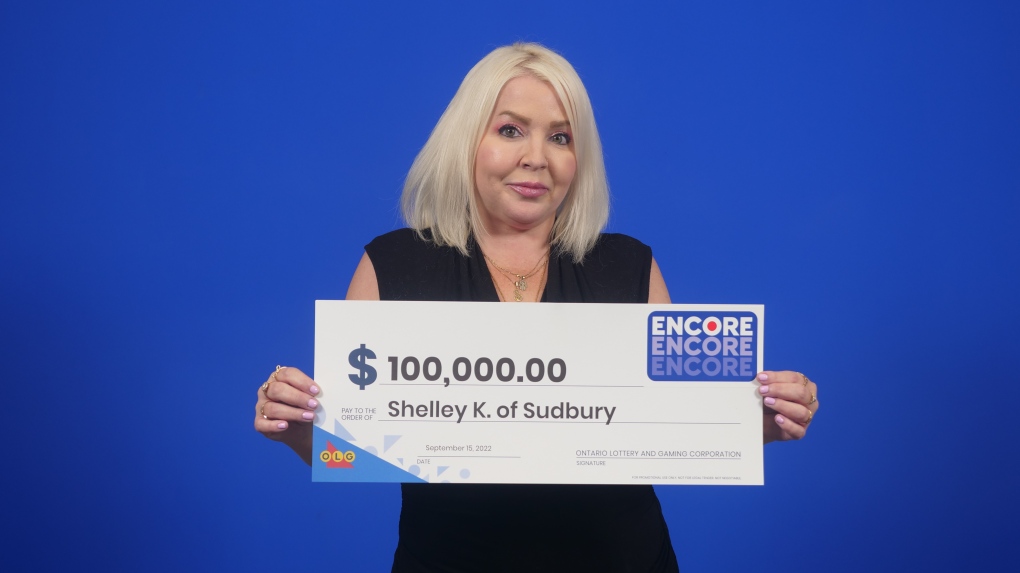 Shelley Karst of Sudbury has won $100,000 in Lottario. (Ontario Lottery and Gaming Corporation)

A 45-year-old Sudbury woman, who said she is a weekly player, has won $100,000 in a Lottario draw earlier this month.

Shelley Karst matched the last six of seven Encore numbers in exact order in the Sept. 3 draw to win her six-figure prize.

"I scanned my ticket on the OLG App and thought I won $100, which I was happy about," she is quoted as saying in a news release from the Ontario Lottery and Gaming Corporation.

She said she plans to buy a new bed with her winnings and put the rest into savings and investments.

"It feels like a dream, like I'm floating in the clouds," Karst said of the surreal feeling of winning.

She purchased her winning ticket at Rehan's Your Independent Grocer on Regent Street in Sudbury's Four Corners area.